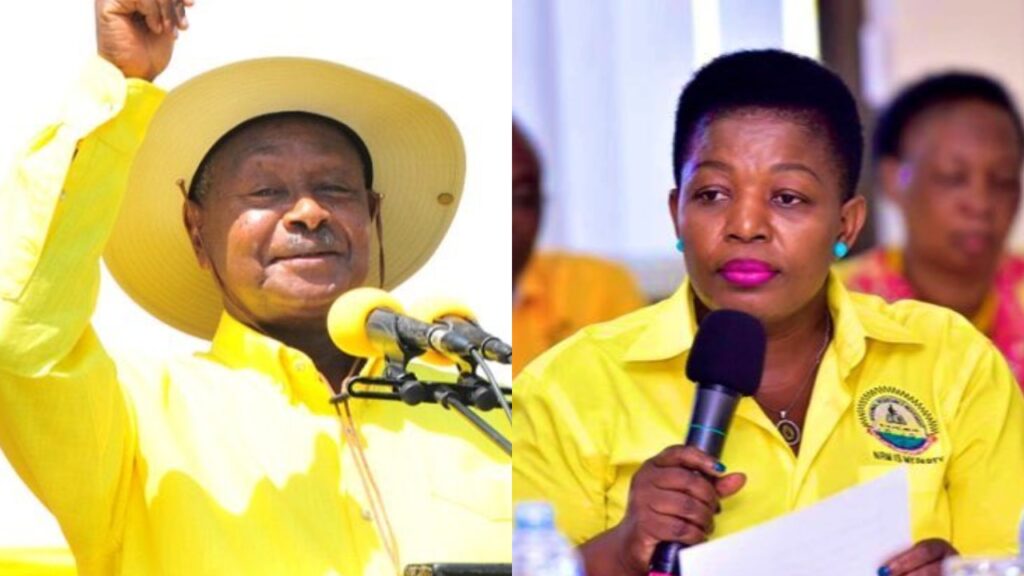 The NRM Secretary General Rt. Hon. Justine Kasule Lumumba has regretted the party’s declining performance in Buganda but said this should not worry NRM supporters since the party gained more support in other regionsbit.ly/bettingoffersug

Speaking at the party headquarters yesterday Ms Lumumba said even in Buganda where they didn’t perform well there were no polling stations where President Yoweri Museveni the party presidential flag bearer scored zero.

The party instead got many parliamentary seats and won several districts in the region and that the party was still celebrating his overall performance of 58.64%

The Secretary general also briefed journalists about the party’s performance with the NRM winning 31 seats in Buganda with a percentage of 29.1%. She said while this was was a decline compared to the previous elections, it should not worry the party supporters.

According to Lumumba NRM won 63 seats in northern region out of the 98 parliamentary seats and out of the 146 districts and cities, President Museveni won 117 compared to 29 won by the National Unity Platform.

She added that the party obtained 316 parliamentary seats out of the 498 constituencies that conducted elections which amounts to 63.4%

“Even where we didn’t win parliamentary seats, we are still leaders and we are expected to go out and gain victory in the coming lower elections, ” Lumumba said.bit.ly/bettingoffersug

“Already NRM has two unopposed Members of Parliament of the special interest groups due this week and we expect to gain a big percentage. The party’s focus will now shift to the remaining elective posts in the various local government levels, ” she added.

On the under performance in Buganda she said that the party will go back to the drawing board and investigate the matter to fully establish whether the problem was with the Secretary General, the government or it’s structures

“All these issues are going to be internally addressed and we shall come out with a way forward, ” Lumumba said.

She also dismissed talk that the NRM rigged the presidential election saying it was baseless since all candidates had agents during tallying at the districts.  “It was not possible to rig this election, otherwise whoever claims rigging should bring evidence, ” she said.

In the 2016 elections, President Museveni obtained 63% compared to 58.64% that he got in the 2021 polls. Ms Lumumba said this should not bother supporters because since 1996 there have been variations in his overall performance.

“People should understand that politics is not static and voters keep on changing due to various reasons, ” Lumumba said.

The unfortunate loss of majority of senior NRM leaders in Buganda was at the same time a credit to the party that it has empowered voters to make independent decisions.

“These senior leaders have got the message and will have to go back to the voters to seek their mandate and if the outcome does not favour them they should accept it,” she said.bit.ly/bettingoffersug