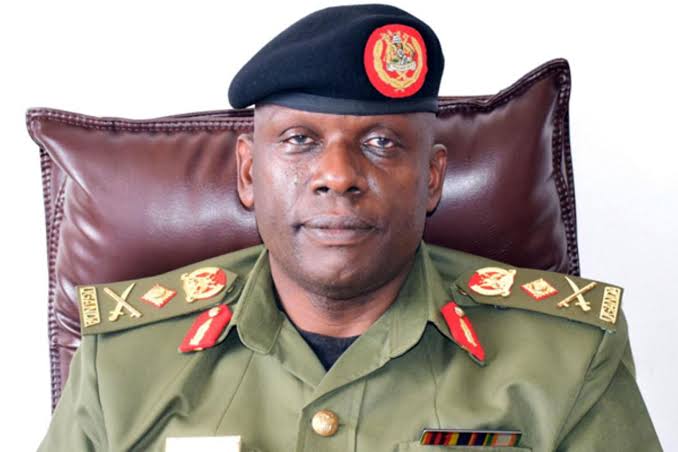 The Commander in Chief of the armed forces Gen. Yoweri Kaguta Museveni appointed a new chairperson of the Makindye based military court.

Brig Gen Robert Freeman Mugabe is the new chairperson of the Makindye-based General Court Martial following his appointment by the president, replacing Gen. Andrew Gutti whose term of office expired on June 9th 2022 and is set to retire from the army this year.

Mugabe who was promoted last year from the rank of Col to Brigadier is currently deployed at the UPDF headquarters in Bombo where he’s been stationed since 2020.

Promoted in April 2021 from Colonel to Brigadier, Mugabe is currently at UPDF headquarters in Bombo where he has been since 2020.

He also served as the Air Defense Division Administrative Officer and Division Operations & Training Officer in the same Unit prior to his appointment as Adjutant General.

Other 24 people have been appointed by Museveni to the court martial in his July 12th 2022 message. These include Major Angella Catherine Laker, Captain Lucy Nicole Etoroi, Captain Abdu Basajjabala, Warrant Office On Oyar Boris Mark, Lt Col Sam Ntungura and Col. Joseph Ecelare Okalebo among others.