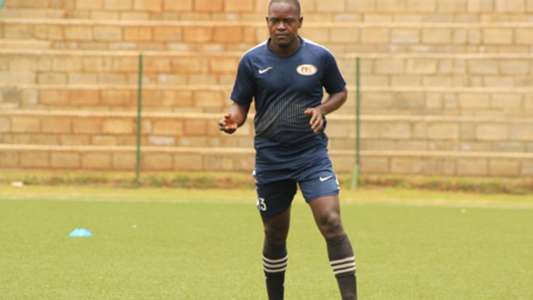 The Ugandan left-back has returned to sign a deal with the Simba wa Nairobi.

The club has confirmed in a statement on their official website: “Ugandan defender Yusuf Mukisa Lubowa is the latest player to join Nairobi City Stars. He arrives from Uganda‘s top-tier side Proline FC on a two-year deal.

“Mukisa returned to Simba wa Nairobi to actualise his signing in the current window after a transfer move at the first time of asking in January 2020 failed to materialize.”

Speaking on the new signing, club coordinator Samson Otieno said: “Mukisa is a utility back who is comfortable as a left, centre or right back. He is, however, coming in to fill the right-back position vacated by Kevin Okumu.

“We are certain his arrival will solidify our backline. I welcome him to Simba wa Nairobi.”

The club statement continued: “Mukisa, is a former Uganda U20 captain who also featured for SC Villa and Proline Academy. He won the Ugandan league title with Vipers in the 2015/16 season.

“Back in the years he captained Proline Academy which toured England – courtesy of Manchester United legend Rio Ferdinand – and returned with 2-0 and 3-2 wins over Manchester Academy and West Ham Academy, respectively.

“He featured for Proline at the Cecafa Club Championship and Caf Confederation Cup in 2019. He had the following sentiments after being confirmed a Nairobi City Stars player.”

On signing for City Stars, Mukisa said: “I’m excited to join both the City Stars and Jonathan Jackson Foundation family.

“We have been in contact for the past six months and I came over in January and trained with the team in Nairobi. I was impressed by the playing unit, coach, structures, and feel-good atmosphere around the team.

“Now we have managed to get the deal and I wish to thank the CEO Patrick Korir and Coordinator Samson Otieno for the efforts to get me over there.

“City Stars has a great history and is known for grooming Ugandan talents such as Danny Sserunkuma, Bruno Sserunkuma, and Jimmy Bageya, among others, and I am happy to be part of this group.

“With the performances from last season, I’m certain the team will have a good season in both the Kenyan Premier League and domestic cup.”

The 27-year-old becomes the third player to join the main team after striker Erick Ombija from Gor Mahia and defensive midfielder Sven Yidah from Kariobangi Sharks.