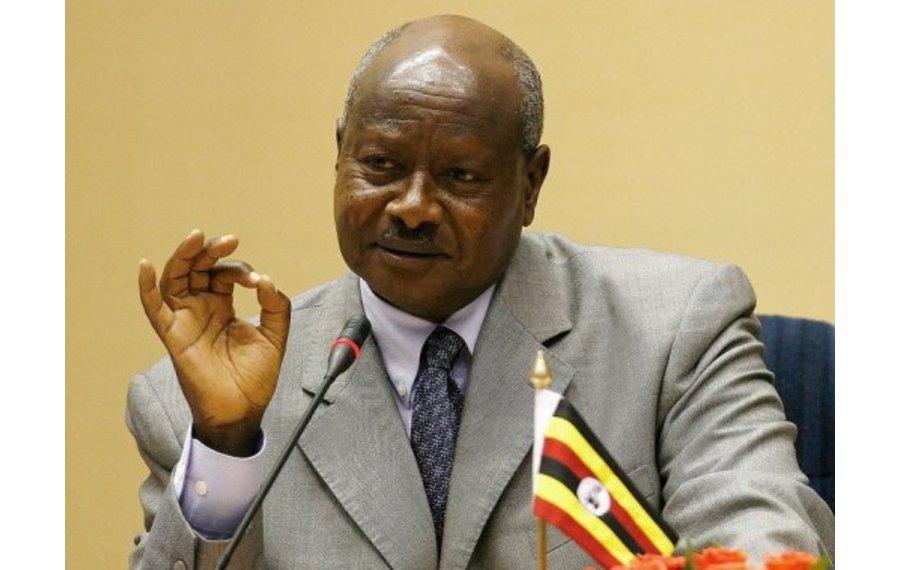 While addressing NRM delegates – drawn from the districts of Bushenyi, Rubirizi, Mitooma, Museveni slammed members of Parliament for frustrating his orders to finance developmental efforts using their bureaucratic tendencies.

I recently approved funds for Rev. Prof. Florence Muranga of Nyaruzinga Banana processing plant, but these parliamentarians refused to release the funds and yet this project was important for the people,” Museveni said.

Tasking the leaders to clarify why the funds were not released, Museveni put Hon. Mary Karooro Okurut on the spot to account on the subject.

In response to the Museveni’s question, Hon. Karooro, Bushenyi District Woman Member of Parliament, quickly revealed that Hon. Micheal Mawanda, Igara East MP, was pertinent to the matter given he sits on the finance committee of parliament.

Hon. Mawanda revealed that funds were withheld on patent grounds and affirmed budget allocations for the factory were underway.

“The funds to Nyaruzinga were set for release, however, there was discrepancy where the patents of the facility were under the project director’s name (Rev. Prof. Florence Muranga) other than the government,” said Mawanda.

Under the project directorship of Rev. Prof. Muranga, the banana factory established under Presidential Initiative in 2005 was set to be used as a field research station for value addition and quality control of banana products in the country.

Since its inception there have been a lot of queries by the Auditor General about the project. In the 2011 value for money audit report it was noted that a number of project activities that were supposed to be carried out had never been put in place.

This attracted the attention of members of the Parliamentary Public Accounts Committee (PAC) to visit the project site in Nyaruzinga-Bushenyi to find out why a project that was initially budgeted at UGX23BN to become fully operational was in need of more funds.

The initiative has since stalled leaving the beneficiaries (matooke farmers) at disarray.

On the availability of funds, Museveni intimated that he was aware they were obtainable but being diverted to unnecessary activities.

“The Parliamentarians divert funds to activities like taking trips to Europe and other parts of the world just to see farms; I hear for benchmarking purposes. Yet they could have just approved the funds to the banana project here,” said Museveni slamming MPs for diverting funds.

Museveni added: “I know there is money (funds) because we have built most of the roads with our own money. For instance, the just commissioned 11.8km Kashenyi-Mitooma & Katabi seminary access road, and many others.”

Museveni also highlighted that funding for special groups such as the youths and women were creating an impact in Ankole sub-region and uganda at large.

A total of UGX160Bn has been released to various groups under the Youth Livelihood Programme (YLP) nationwide for the last four years.

NRM government’s efforts to elevate women has seen up to UGX106 billion approved for the women’s Fund nationwide. A total of 1,161 Projects worth UGX. 6.666 billion have been financed in Ankole Sub Region benefiting 13,570 women.

“This road was fully funded by your taxes and we expect it to ease the transportation of people and products (especially) for dairy farmers in the area,” Museveni tweeted.

The NRM chairman moves his campaign trail to Ntungamo on Wednesday as he climaxes the Ankole sub-region.