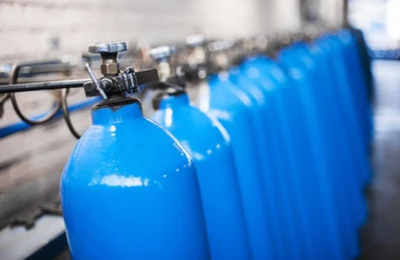 At least over 17 Covid-19 patients are reported to have died at Mulago National Referral Hospital on Tuesday night after the facility’s oxygen supply malfunctioned, highly-placed sources said.
Officials were reluctant to discuss the matter which, if true, presents the biggest single-day Covid-19 death reported at the country’s largest Covid-19 treatment centre since the outbreak of the disease in the country in March 2020.
Senior Mulago Hospital staff, speaking on condition of anonymity due to sensitivity of the matter, said 18 bodies had by 2pm yesterday been handed over to families for burial.

Some insiders said that oxygen supply to the Intensive Care Unit and High Dependency Unit failed at night while the other revealed, one corroborated by officials, is that the oxygen supply pressure dropped due to high intake by patients.
Dr Rosemary Byanyima, the Mulago Hospital deputy director, said she was not sure about the deaths, but admitted that the facility had been grappling with problems of oxygen supply from the plant.
In a statement on Monday, the Mulago Hospital administration noted that: “Currently, the plant is operating at the capacity of 2,999 litres per minute due to high demand for oxygen and this forces the oxygen pressure to fall in some units, especially ICU which uses ventilators that require high pressure.”
The recommended production capacity of the plant, officials said, is 2,083 litres of oxygen per minute.
Shortly after news of high overnight deaths at Mulago, the Health ministry announced that 49 new Covid-19 deaths occurred on Tuesday, the highest single-day reported fatalities in the country. Total deaths from the pandemic are now 508.
Many cases of deaths in Intensive Care Unit for Covid-19 patients are due to faulty oxygen supply deficiencies, officials said, including during Uganda’s first pandemic wave.
Mulago Hospital said last week that it planned to install more oxygen plants to meet increasing demand.
Mr Emmanuel Ainebyoona, the Ministry of Health spokesperson, said they got information about the Tuesday night Covid-19 deaths in Mulago Hospital, but that they were investigating circumstances under which they happened.