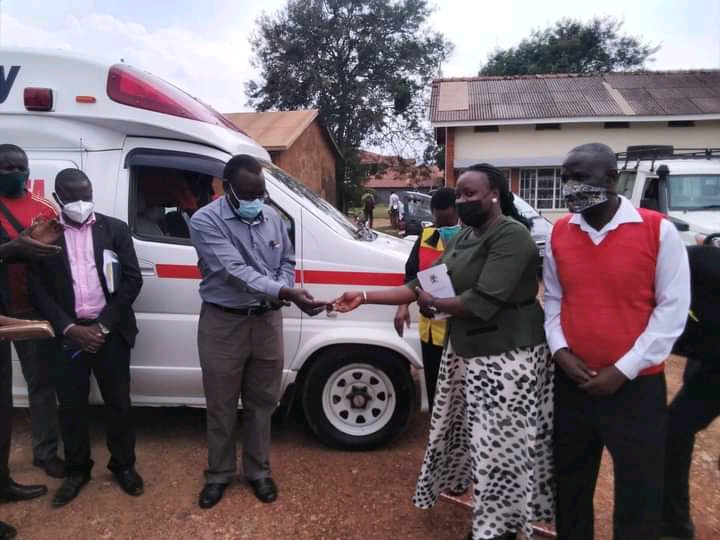 Hon. Hannifah Nabukeera the newly elected Mukono district woman member of Parliament has made another step in changing the life of the people who voted her in the recently concluded elections.
Nabukeera unveiled the ambulance to Mukono district covid19 task force at Mukono district headquarters with an intention of swiftly carrying covid19 patients to Mulago referral hospital and improving the lives of people in Mukono.
Nabukeera said she decided to give hand to her Mukono district electorate because the situations are so alarming, the district has no capacity to transport covid 19 patients with a few ambulances available.

“I have to represent the common people and I am ready to help whoever is in need, a lot of expectant mothers die in villages because they don’t transport to hospitals” Nabukeera said.

While speaking at the handover ceremony, Betty Nambooze the Mukono municipality member of parliament cautioned the Mukono district local government to support the ambulance by fueling it and maintenance because they are easy to sustain.

“Carefully manage this ambulance and avoid using it in carrying bodies at the funeral functions because they are meant to carry patients in critical condition” Nambooze to drivers.

Nabukeera is a former Democratic Party member who stood in 2016 and lost Peace Kusasira, later in 2021 she came back on the National Unity Platform (NUP) and she emerged the winner beating her counterparts from NRM, DP and FDC.