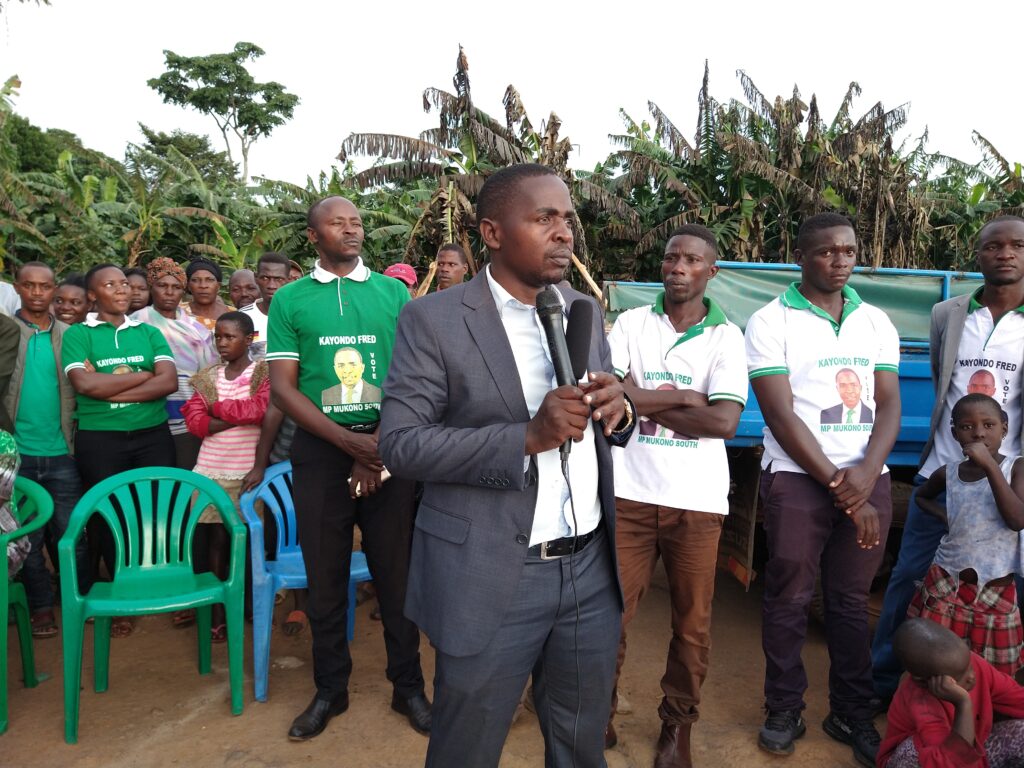 Mr. Male
Mr. Male who came third in the just concluded, January 14th elections, accuses the Electoral Commission (EC) and Mr. Kayondo Fred on counts of intimidation, voter bribery and Mukono EC for changing results in favour of Fred Kayondo.
Male continues to  allege that the electoral commission officials failed to conduct a well balanced election process in Mukono south. ” Mr. Muganza and his junior officials acted as if they were working under Mr. Kayondo’s command.” Male complained.
” I have all the evidence where by presiding officers changed my Declaration Results forms to deny me the chance to enter parliament, I also have crystal clear evidence of Mr. Kayondo dashing out money to voters during the campaigning period.” Male added.
However some NUP members like mukono central division councillor, Allan Mawanda who are not happy with Male’s move to fight a fellow opposition member, instead discouraged him to take legal action.

The three time loser added that he wants Mukono high court to cancel Kayondo ’s victory and also order for a fresh election.
When contacted about the petition, Mr. Kayondo said he is waiting to be served, ” i am also hearing this for the very  first time, but i’m ready to battle him and i am very sure that i will win the case and he will compensate me.” The motor mouthed Kayondo warned.
” It’s weird for a  person who ended in the third position and did not get even a quarter of my votes, and he is  the one running to court, there must be forces behind him for their unknown agenda. Kayondo observed.