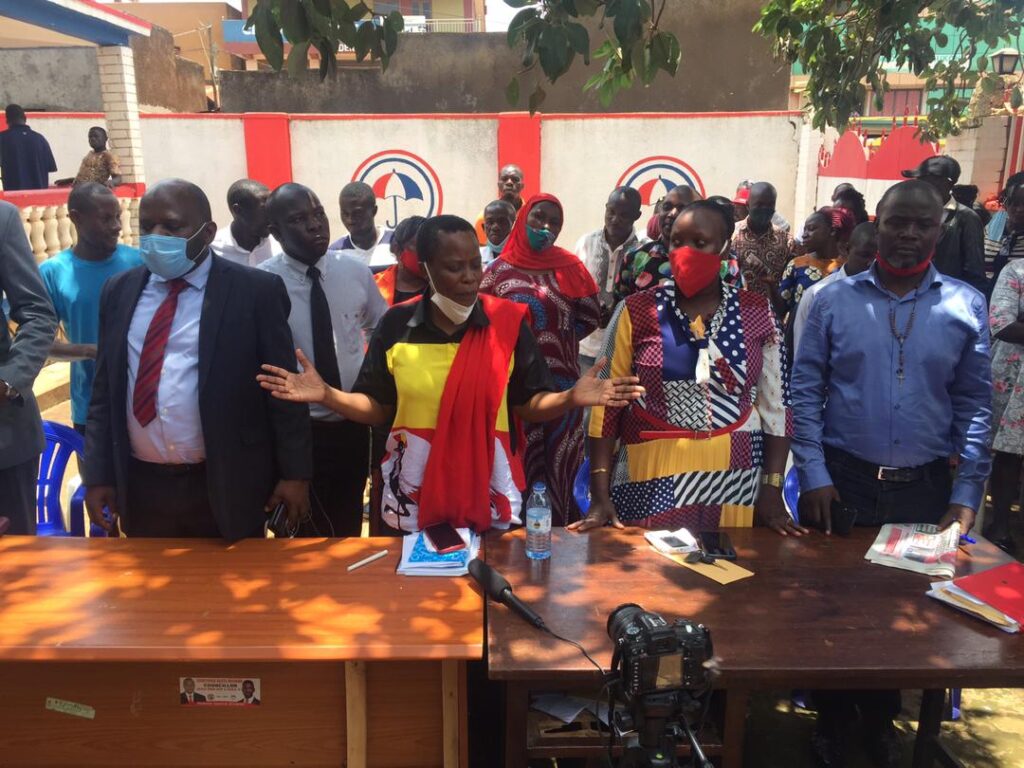 The Mukono Municipality Member of Parliament (MP) Betty Nambooze has warned National Unity Parliament (NUP) against supporting candidates belonging to other political parties in the up coming council elections.
Nambooze said: “We are told some people are backing up candidates from other political parties who are contesting for the Speaker position in the various councils instead of supporting NUP candidates.”
“Anybody found doing so will be suspended from the party and it’s activities.” She added
She made the remarks during a press conference held at the NUP offices meant to address the party’s move after withdrawing Robert Kyagulanyi’s presidential petition.
The elected Mukono North MP Abudallah Kiwanuka Mulimamayune said that they are set to a demonstration for their abducted supporters.
“Most people are wondering what is next now, but we are to do peaceful protests for our supporters who were abducted next week until we are sure they have been released by their abductees.” He said.
The legislator went a head to speculate that President Yoweri K Tumuhabura Museveni is behind the act. “Mr. Museveni you should stop kidnapping people from their families.”Attachments area