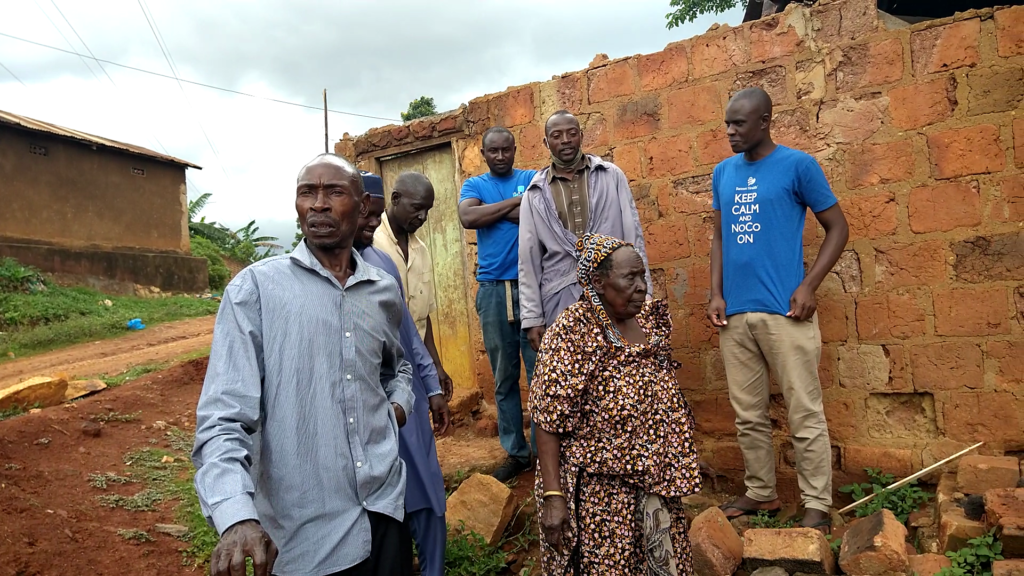 Mukono pastor Richard Kalyango, Paul Mpande a teacher and Henry Bakileke, husband to Hon. Betty Nambooze, have been cited among those that allegedly grabbed and divided themselves 1 acre of Kibanja belonging to an 87 year old widow, Hajjati Haniifa Namajja, at Mulago village, in Mukono municipality.

This broad day theft to the strategic land which is located behind some supermarket, prompted Hajjati Haniifa and her grand children to report the land matter to the office of the residents district commissioner Mr. Richard Bwaabye, to handle the matters concerning the ownership of the land.

Evidence presented before Mukono (RDC) by Haniifa, indicates that the land at Mulago village, was brought to her by her late husband Hajji Dawuda in 1970s.

“I have been on this Kibanja from Idi Amin’s regime up to today, I have raised all my children from here when the place was bushy.” Haniifa said.

The family reported that the illegal occupants want to lease the said land to Mukono municipality, which has plans to construct a new taxi park.

” heavy trucks are filling up the swampy area day and night on Mr. Bakileke’s orders,  because he wants to lease off the land which doesn’t belong to him to Mukono municipality for the proposed new taxi park.” Said Abdul, a family member.

Haniifa explained, she has no where to dig from. “I used to dig yams in that Kibanja for all my life time now iam surving on market food and I have no money, all my space is used by other people”.

When we reached Mr. Bakileke over the phone, he denied that he doesn’t know the person complaining about her, ” the wrangle is between pastor Kalyango and Ms. Namajja not me, did that woman show you her Kibanja documents?.” asked Bakileke.

When we spoke to pastor Kalyango, he also denied grabbing the widow’s land ” I am the lawful owner of this piece of land, with a mailo land title from Zinda family, I have stayed here for 9 years and that woman has never complained, why now.” Kalyango said.

Mukono deputy RDC, Richard Bwaabye Ntulume, has written to the accused and directed them to stop using the land until  matters of ownership are resolved