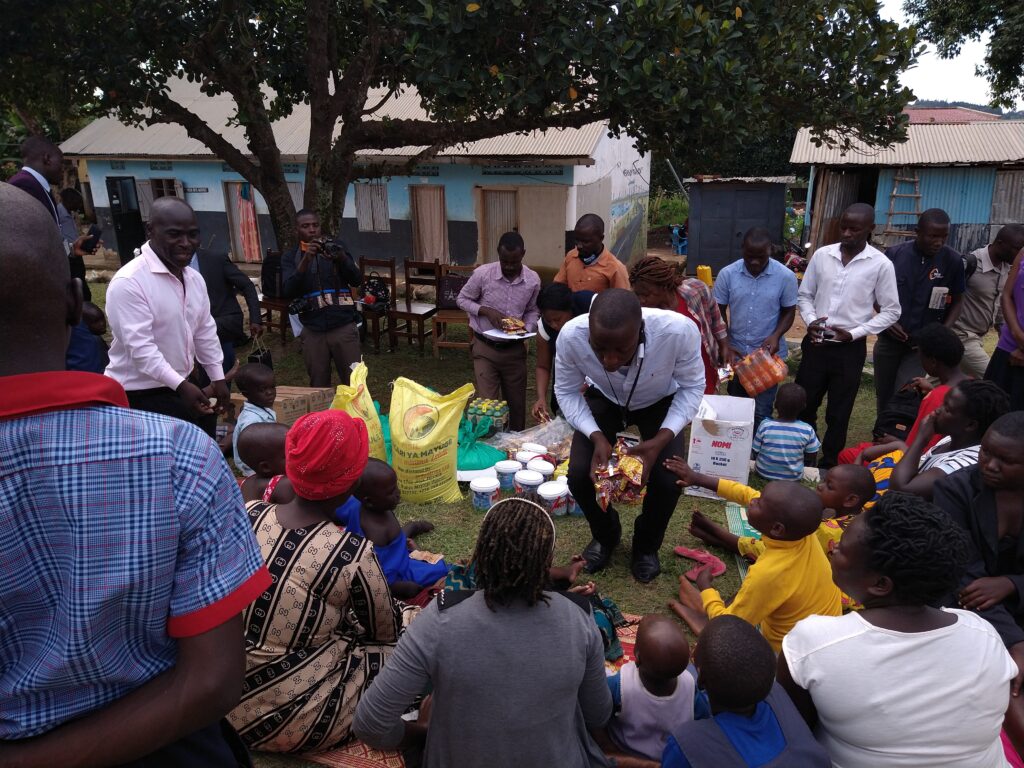 At the function, the media fraternity in Mukono handed over food items to the children, and this included maize flour, rice, sugar and other household items.

The director good samaritan Fred Migadde commended the good spirit exhibited by the journalists, “it is through your news that we get to discover these children when they are abandoned by their parents.”

However, Mukono Journalists decried the challenges they faced while performing their professional duties. The day aims to acknowledge the struggles faced by the people in the media and is a reminder to governments to respect press freedom.

“We appeal to the government to seriously work upon the issue of violence against journalists security agencies, we are under persecution, the wrong doers the corrupt don’t want to be exposed.

They turned to their bosses who do exploit them with meagre payments, they say it’s the reason why some reporters act unprofessional.

Patrick Kiwalabye the chairman Mukono Journalists Association (MUJA) urged parents to avoid dumping their wives because of the deformity of the Children.

“These children should be loved and provided the necessary education because they might be the journalists and leaders of tomorrow” Patrick noted.

Mukono municipality outgoing deputy Mayor Jamada Kajoba, commended Mukono journalists for being generous to the children. Kajoba lashed out to security agencies over brutality against unarmed journalists in the country.

Later in the evening, there was a friendly game between Fair Land secondary school and (MUJA) journalists, the game ended 2:2.

The world press freedom day started way back in the year 1991, at Namibia’s capital Windhoek, at the UNESCO conference,It aimed towards the development of a free, independent and pluralistic press.