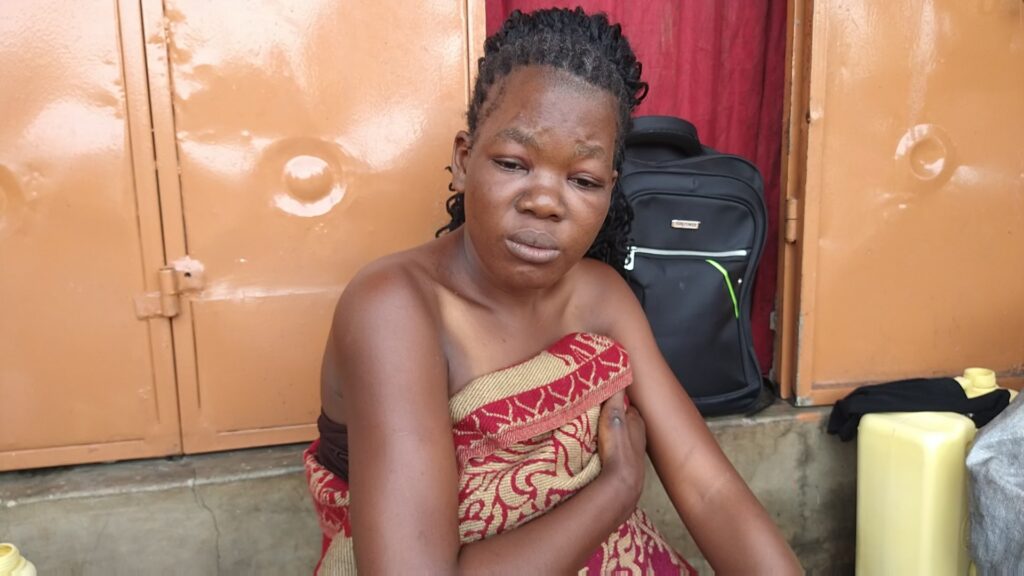 Mukono general hospital is on the spot after its own nurse negligently killed a twin baby by wrapping her in rags, the child belonged to Babi Rose (29) a resident of Kigombya village in Mukono municipality.

Rose narrated that after her successful delivery she saw both babies being worked on by the midwife she forgot  the name, to her surprise after sometime they brought back one baby.

“ I asked them where the second baby was and they told me that they got out one child,” Ms Babi says as she struggles to hold back tears.

Rose added that, she insisted to know the whereabouts of her second baby twin and the midwife totally denied having seen the baby, She feels her child was stolen because the hospital can neither avail her child nor the dead body

Ms Babi revealed to us that the scan report contained twins in her womb and it is the same report she went with at Mukono general hospital and he handed them to the doctor.

When the hospital totally refused to give the couple their missing baby, the husband reported the matter to Mukono police division to force the hospital to provide them with their baby dead or alive.

After reporting the matter to police, later in the evening at 9.00 am when they had discharged them, the hospital came to our rented home at Kigombya village with the baby when it was dead.

“The baby was recovered from a garbage bag ready to be dumped in the incinerator, that it was accidentally wrapped in the towel by hospital cleaners,” The doctor told the couple.

The couple said that they are not sure of the body they gave them, there must be a plot to steal our baby. ” Why did they first deny that I had given birth to one child? I know my child was just sold alive”. Ms Babi

When we reached out to Dr. Robert  Geoffrey Kasirye the in-charge of Mukono general hospital, refuted the allegations, and threatening to sue Ms Babi for tarnishing the hospital image.

“Why did she take the body when she was not sure, she would have refused it, we have the hospital lawyer to handle the matter.”said furious Dr. Kasirye on phone.

The Mukono municipality medical supretendant Dr. Anthony Konde urged the couple to provide them with DNA proof that the body does not belong to them.

Ms Babi asked FIDA, The Association of Women Lawyers and Centre for Health, Human Rights and Development (CEHURD) for help.

Efforts to get Mukono police comment on the matter were futile.