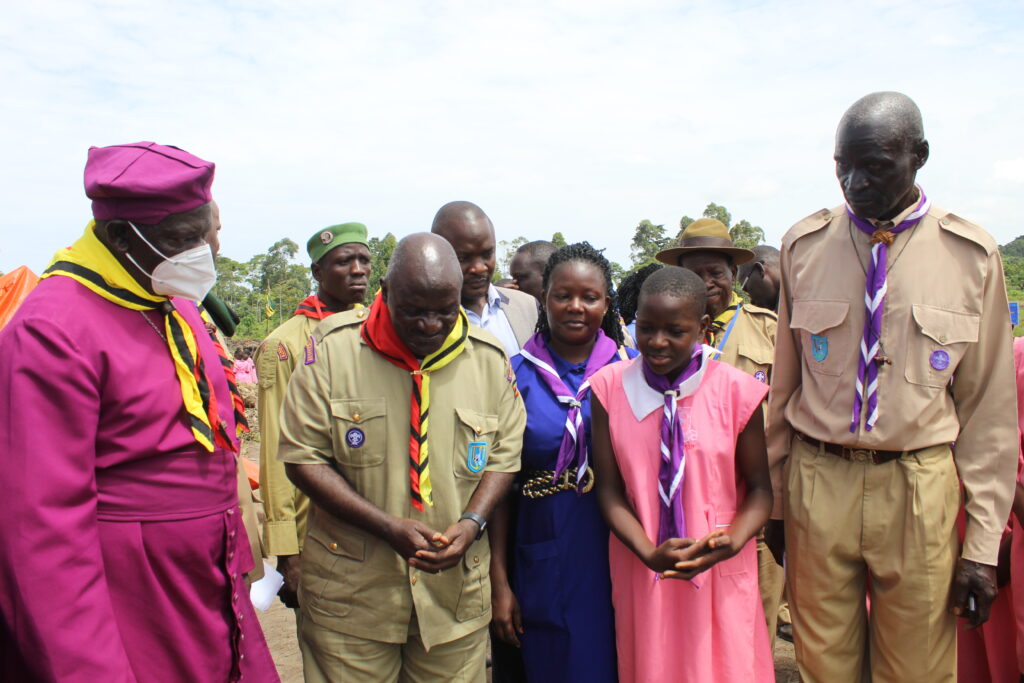 Uganda Scouts Association chief commissioner Gen. Katumba Wamala has appealed to district education officers and parents to promote scouting in schools and parents to enroll their children to scouting programmes as a way of molding them against social problems such as drug abuse and early pregnancies.

Gen. Katumba said this while receiving 33 acres of land which was donated to Uganda Scouts Association by the Mukono Mukono diocese, at Kulubbi village in Katosi town council in Mukono district.
“Scouting provides that platform for young people all the way from age 6 to be properly engaged through non-formal education courses that develop them, makes them useful, obedient to their parents and adults, organised and courageous,” Katumba said.

Gen. Katumba Wamala added that there is a need for the young generation to be involved in scouting activities such that cases of strikes in schools can be reduced, because of the level of discipline scouting impart in young ones.

Speaking at the event, the Mukono diocese Bishop, James William Ssebagala said parents are going through a lot of constraints of life and are unable to engage their children well but scout programmes could act as a remedy to those children whose parents are unable to engage them.
“Early scout engagements of young people make them become exceptionally good leaders and produce people who are resilient, more trainable and more employable”, Ssebagala Revealed.

In her message read to her by the State minister for finance and economic development, Hon Amos Lugolobi, the vice president Hon. Jessica Alupo commended the Bishop of Mukono diocese for adding an important pillar of spreading the values of scouting and guiding in Uganda because the current young generation requires character formation to save the affairs of this nation in future.