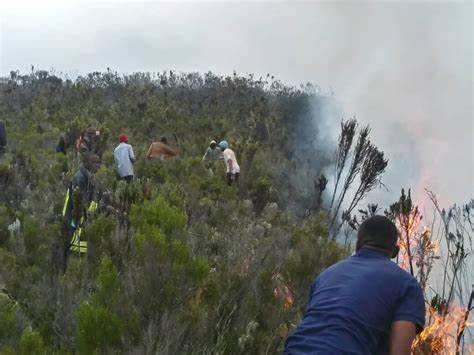 Hundreds of Tanzanian firefighters and citizens are trying to contain a fire on Mount Kilimanjaro, Africa’s highest mountain at 5,895 meters.

The fire is confined to the Mandara and Horombo trails, Shelutete said, which are no higher than 2,700 meters above sea level.

So far, there are no reports of casualties from the fire on the popular site, which attracts tens of thousands of climbers each year, many determined to reach the peak.

Reuters reports more than two hundred university students from the College of African Wildlife Management, which is near the mountain, are providing food and water for firefighters trying to contain the blaze.