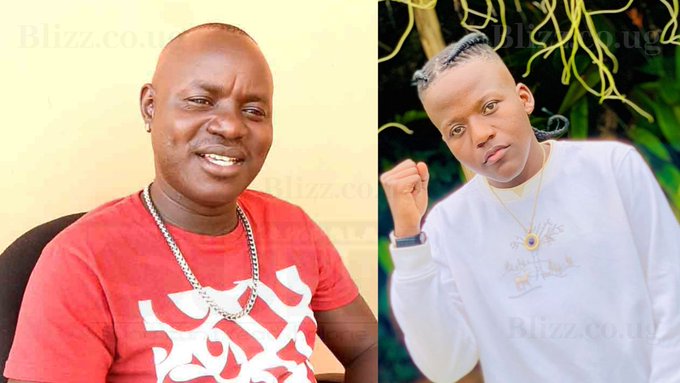 Once thought to be Abdul Mulaasi’s son following the hype and praise onto the youngster from the ‘Swimming pool’ singer back then, the Fresh Kid’ of 2010 is reported to have been initiated into the music industry by Abdul Mulaasi.

Though he claims to have been genetically modified musically by his late mother, Kadongo Kamu sensation, Regina Nalukwata, the ‘A’level’ lever is reportedly to be in a bitter relationship with his alleged ,”Father.”

Ricardo Omuto during an exclusive TV interview accuses Abdul Mulaasi, his alleged earthly father of exploitation hence the need to halt his relations with him.

“I demand a lot of money from Abdul Mulaasi, about shs 50million. I got so many bookings under his label, but I was never paid. He never helped me that much at all as many people think,” ranted Recardo Omuto during an exclusive TV interview.

Recardo rejoined the music business in 2019 after completing his form six thereby rebranding to Big Boy Ricardo 256 but he simply became Ricardo.

In his latest song ‘Awo,’ he seems to have gone back to his childhood name Ricardo Omuto and has since then shifted from Kadongo Kamu to Afrobeat.