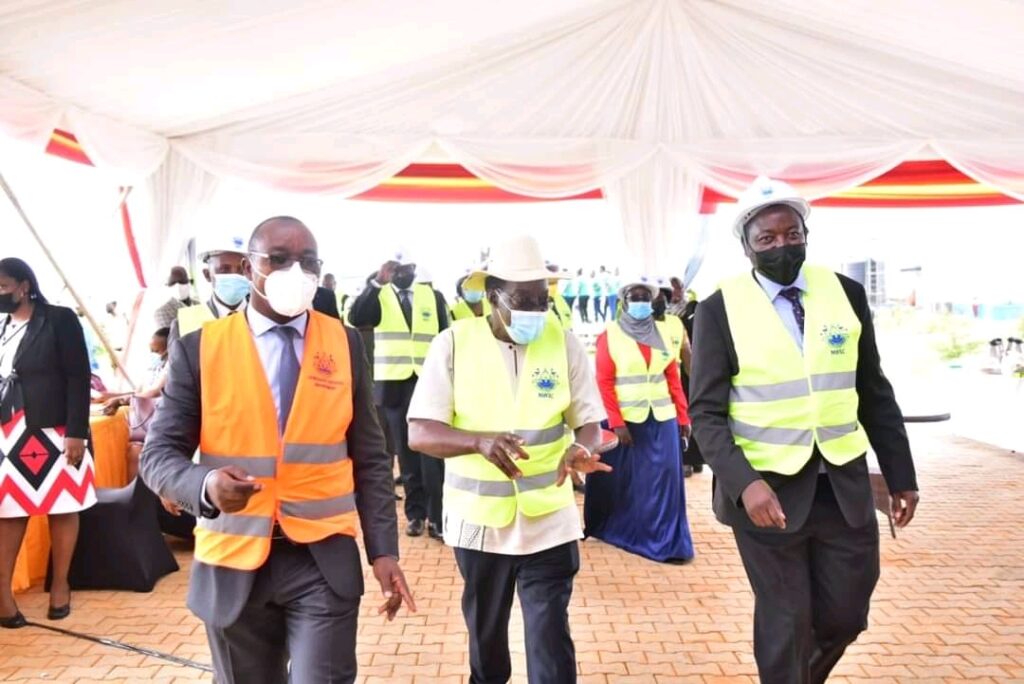 The committee of parliament on Environment and Natural resources has commended the NWSC for the work it did towards it’s duty of overseeing the newly completed multi billion Katosi Water treatment plant and it’s commitment towards provision of clean safe and sewerage devices.
The salutations were made by the committee members during their oversight visit to the newly completed Katosi water Works in Mukono district.
The purpose of the visit is to see the out put of the loan the committee approved in 2011- 2019 to finance the project.
At the same event, the committee members, officially commissioned the 10 million (NWSC) tree planting campaign geared to to protect the environment which is one of the objectives in the (NSWC) 2021 -2026 corporate plan
The shadow minister for Water and Environment also Kiboga district woman (MP) Christine Kaaya Nakimweero sighted a need for (NWSC) to extend it’s Services to all town councils across the country, because currently some towns depend on water from which is unreliable and expensive to the locals.
“We are very grateful as committee members for the work done by NWSC. There’s value for money, meanwhile I appeal to the corporation to extend it’s services in town councils, for example in Kiboga district we rely on water from NGO and individuals which is expensive” Kaaya Noted.
NWSC Executive director Eng. Dr. Silver Mugisha called on the committee to support NWSC and address the challenge of the corporation’s 3 billion budget cut which came as a result of covid-19, the move has affected service coverage acceleration to all corners of the country.
“The committee should consider reversing the 3 billion budget cut for effective services across the country, because now the corporation is running it’s work on a meagre resources” Eng. Mugisha noted.
The Committee chairman Hon. Dr. Emmanuel Otiam Otala noted that the project was completed on time and within cost as per financing obligations that Parliament set during the loan approval process in 2011 and 2019.
He further commended the corporation for the ongoing innovations like preserving the environment and the proposed Captive Insurance, he promised support in his committee so as NWSC get a supplementary budget to boost it’s Services to the people.