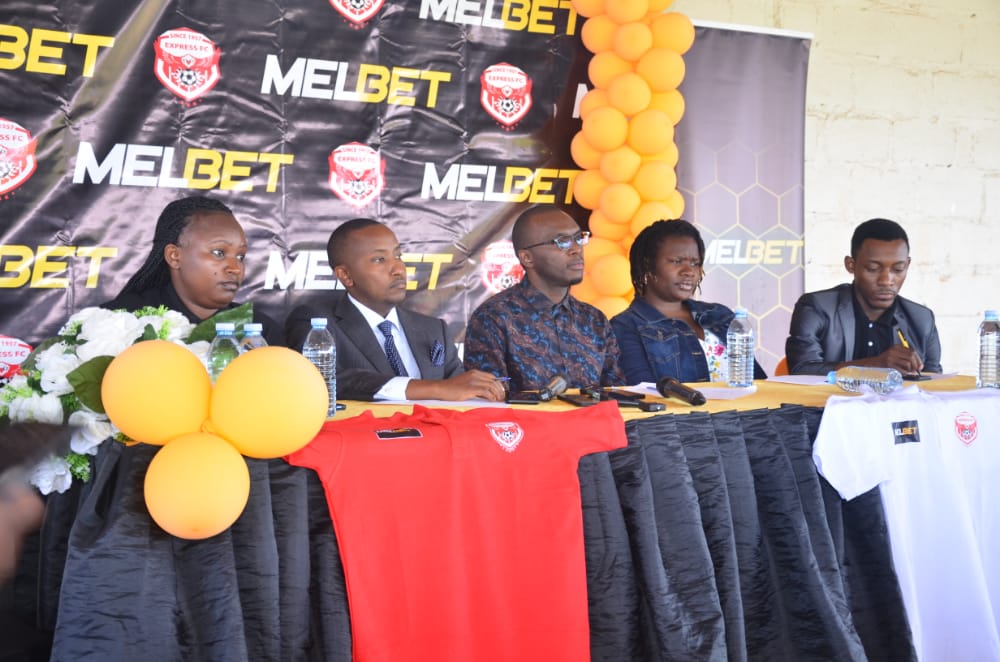 MelBet Uganda has unveiled a new sponsorship partnership with current East Africa CECAFA cup holders’ Express FC in a multimillion sponsorship deal signed with express.
The launch of this partnership was graced by the MelBet Uganda Country Director, Mr. Andrew Kamwesigye flanked by his Digital Manager, Mr. Nick Sakwa and Sales Manager Mrs. Nassuna Teopista while Express FC was represented by the club CEO Isaac Mwesigwa and his Assistant Patricia Ayebare among others.
The 2022-2023 season will see Express appear with the MelBet logo at the back of the official Express FC Jersey, the company will also be transporting Express FC for their Cecafa championship defense slated to take place in Tanzania.
Mr. Andrew Kamwesigye the MelBet Uganda country director statement during the press conference “We are excited to partner with Express FC because they’re a championship winning team, we are committed to supporting Ugandan sports and we’re just starting on a long journey.”
Express FC CEO Isaac Mwesigwa stated,” We are very honored to have MELBET join us for this coming season and most certainly for many years to come. New Jerseys and Replicas will be coming soon and I am excited to reveal that we will have the best Jersey in UPL this 2022/23 season. request the fans to stay calm.”
MelBet Uganda Digital manager, Nick Sakwa stated in the press conference that “We have been in existence as an Online betting company in Uganda for two years and in this short time we have a proven track record in supporting Ugandan sports, MelBet we’re excited to be of Express FC because of it’s ambition and great footballing project.”
Note: MelBet is regulated and licensed by the Uganda National Lotteries and Gaming Board. Betting is not eligible for people under the age of 25 and can be psychological harmful to your mental health.
MelBet Delight in the Game