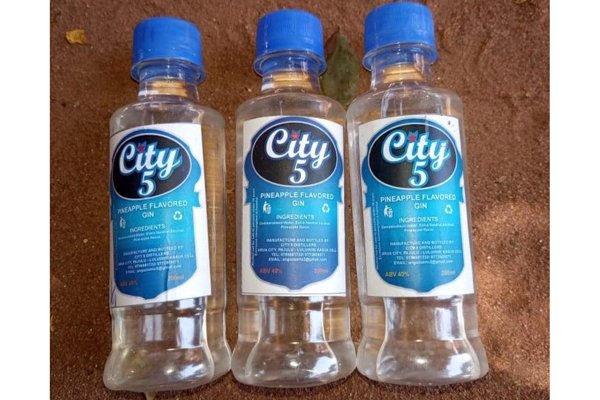 SOURCE URN/ INDEPENDENT WIBSITE
Police in West Nile are investigating the death of 14 people after allegedly taking “City 5”, a local potent gin produced by City 5 distillers in Ayivu division of Arua city.
The death started occurring on Friday until Sunday morning while several other victims are hospitalized. According to police, seven of the deaths occurred in Mvara and Oluko suburbs in Arua city and seven others in Madi Okollo district.
Josephine Angucia, the West Nile Police spokesperson confirmed the incident noting that police have made some arrests and cordoned off the manufacturing plant of the gin. According to Angucia, police have has picked samples of the gin for dispatch to the government analytical laboratory.
Angucia has cautioned the locals to stop drinking the gin as investigations continue.
At Garia village in Madi Okollo districts alone, four people died after allegedly consuming the gin while 13 others are being managed at Inde health center III. A nurse at the facility who requested not to be named said that the patients presented with headaches, backache, restlessness, and difficulties in breathing.
“These people whenever they bring them, they come as if they are going to be okay but their condition worsens from nowhere. They present with headache, backache, difficulties with breathing”, she said. The gin is parked in 200ml plastic bottles and lacks the UNBS Quality mark. It costs Shillings 1500 on the local market.