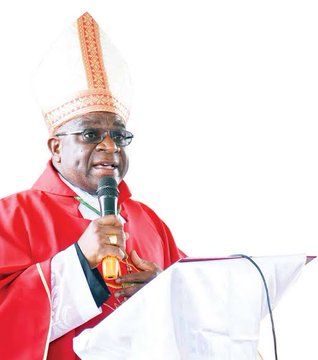 Paul Ssemogerere the Archbishop of Kampala has said people are more likely to enter into marriage for wealth rather than its core values such as love, happiness and trust.

“Godly marriage is not about sharing property, God created marriage as a lifetime bond between a man and woman. The discussions about sharing of matrimonial property is a sign of greed and depreciation of love amongst the people,”
Archbishop Ssemogerere said yesterday during a visit to Buganda Royal Institute in Mengo, Kampala.

His remarks come after the Court of Appeal on Tuesday ruled that the spouse’s share in the matrimonial property in case of divorce will be dependent on his or her contribution in the process of acquiring or developing it.

The archbishop urged couples to ensure that their marriages are peaceful and long lasting.

“Property should not be the reason for luring someone into marriage, marriage based on wealth cannot last because property can be lost at any time. Whether rich or poor, couples should always forge a better life together without selfishness,” Archbishop Ssemogerere said.

He lauded the management of Buganda Royal Institute for skilling the learners in vocational courses, saying they produce entrepreneurs.

“Parents and the youths should make use of the institution to acquire expertise and start their own enterprises so that they can earn a living,” Archbishop Ssemogerere said.

He added: “I urge students to avoid habits such as excessive alcohol consumption, prostitution and others, which may get them into dropping out of school. During holidays avoid loitering but practice whatever they have been studying while at school.”