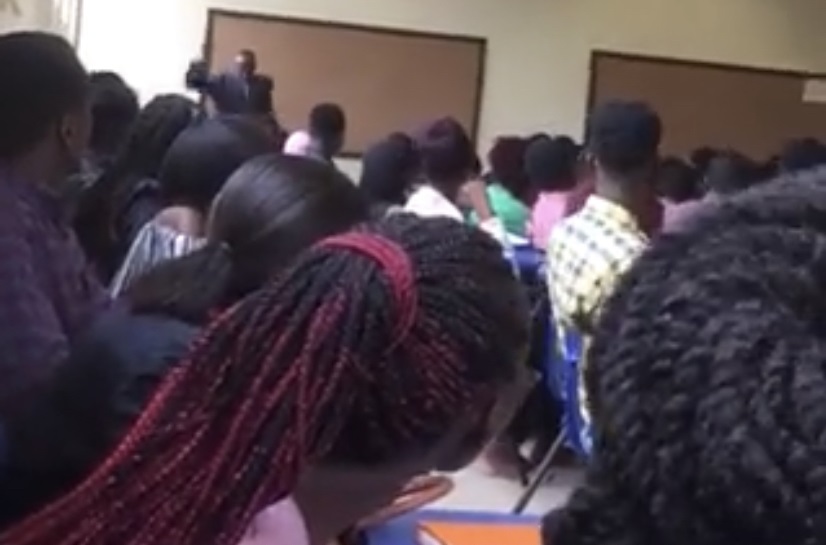 Makerere University, the oldest university in Uganda, suspended a lecturer from the School of Social Sciences’ Department of Social Works and Social Administration after he was caught on camera repeatedly slapping a student.

Benard Wandera is accused of assaulting a female student on November 18, 2022, at the Frank-Kalimuzo Central Teaching facility.

“The Makerere University Management has noted with regret a video on social media that was recorded showing a student and a course instructor in an altercation that resulted in the faculty assaulting a student.

We firmly condemn the instructor’s conduct because it goes against several university policies. The conduct of the faculty is unacceptable and portrays an abuse of authority entrusted to him to nurture and guide students as they pursue knowledge at our great University,” reads the statement in part.

Wandera was further instructed by the university to make way for an investigation into his behavior.

“Pursuant to provisions of the Public Service Standing Orders, the Universities and Other Tertiary Institutions Act and our Human Resources Manual, Vice-Chancellor Prof Barnabas Nawangwe has interdicted Benard Wandera for allegedly assaulting a student in class pending investigations, “the statement said.

“You are required to prepare a handover report and handover all university property in your possession to your supervisor; the head department of social work and social administration in the presence of the dean- school of social sciences,” it added.

Wandera’s suspension came as a result of widespread criticism from incensed social media users who were enraged after viewing the video recording that had been widely shared on various online platforms.