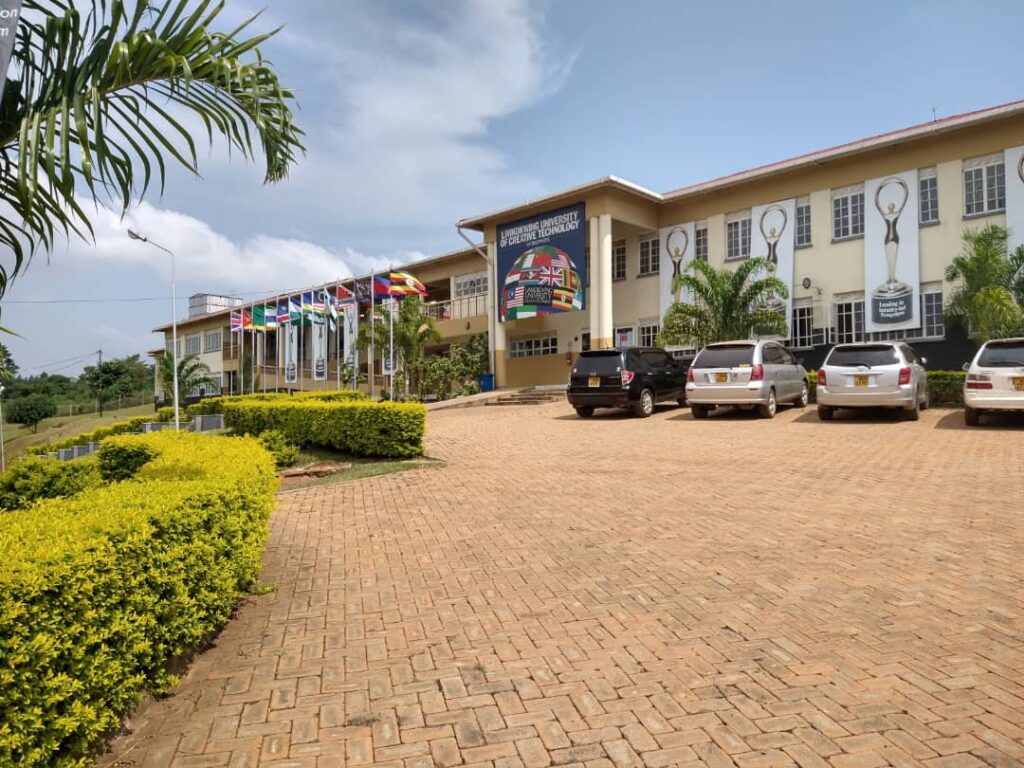 Government has hailed Limkokwing university over it’s hands on courses

aimed at transforming Uganda and africa at large through creativity and inovation, this was revealed at the orientation of process at the university compass in Nakaseeta Namataba town council Mukono District.

While addressing the newly admitted students, Sally Betty the university director said, that the university is set to offer industrial courses which are relevant to Ugandans economy with high digital technology amongst the youth.

Sally thanked the students joining Limkokwing University and assured them that they are going to achieve their dreams by competing with the international job market.

Later Sally took the guest and students around the university campus, to see the fully equipped practical rooms like tv and radio studios, photo studios, computer lab and library.

They continued to applaud Limkokwing for the cordial relationship exhibited, by paying all the necessary taxes to Namataba town council and also giving out jobs to the residents thus reducing the number of unemployed people.

Godfrey Kasango, the guest of honor and worked as the personal assistant to the fallen 3rd deputy prime minister of Uganda hajji Ali Kivejinja, advised the newly admitted student to jealously utilised the marketable courses offered to them by the malaysian Limkokwing university.

Kasango assured the university management that, president Museveni and the first lady Janet Museveni are in full support of Limkokwing due to their desire in teaching of practical skills amongst the youth in uganda.

According to Kasango, government is going to take over the initiative of upgrading, the road from Namataba trading center to the Limkokwing university and providing the university with government’s internet thought NITA.

Originally this facility was called Namataba technical institute which was training Ugandans with skills like carpentry, welding, construction and  mechanics, but along the way in 2018, the state minister for higher education JC. Muyingo handed over, the facility to a Malaysian based university.