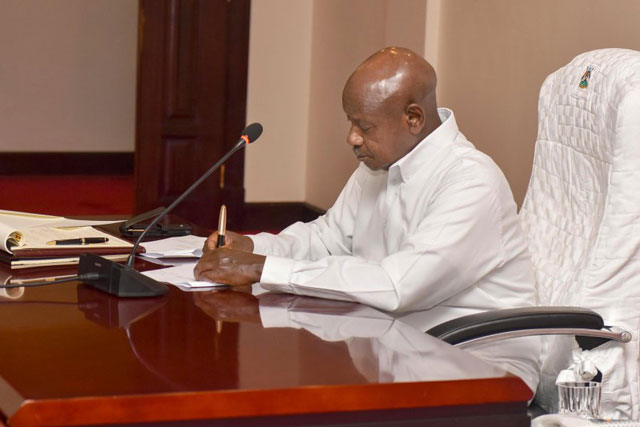 According to State House, the president appointed Justices Christopher Madrama, Elizabeth Musoke and Stephen Musota to the highest court in the land.

“In exercise of powers vested in the president by Article 142(i) of the Constitution, I have acting on the advice of the Judicial Service Commission appointed justices of the Supreme Court,” the instrument dated October, 31 reads in part.

In the same vein, the president has also appointed the NRM director for legal affairs Oscar Kihiika to the Court of Appeal.

The names have since been sent to parliament for vetting.
About the judges
Born 60 years ago, Justice Christopher Madrama studied law at Makerere University where he graduated in 1989 with a bachelors degree in law before getting a diploma in legal practice from the Law Development centre a year later.

Justice Madrama is also a holder of a Master of Laws degree in women’s law from the University of Zimbabwe.

Between 2001 and 2010, he served as a principal legal associate at Katende Ssempebwa and Company Advocates before he later joined the bench.

In 2010 he was appointed to the High Court where he served in the Commercial Division and Executions Division.

Justice Madrama is remembered for handling the case where former Kampala Mayor, the late Nasser Ntege Ssebaggala dragged telecom giants MTN Uganda and SMS Media Limited to the Commercial Court for infringing on his copyrights by using his speeches as caller tunes.

Ssebaggala however lost the case.

Justice Madrama was in 2018 appointed to the Court of Appeal.