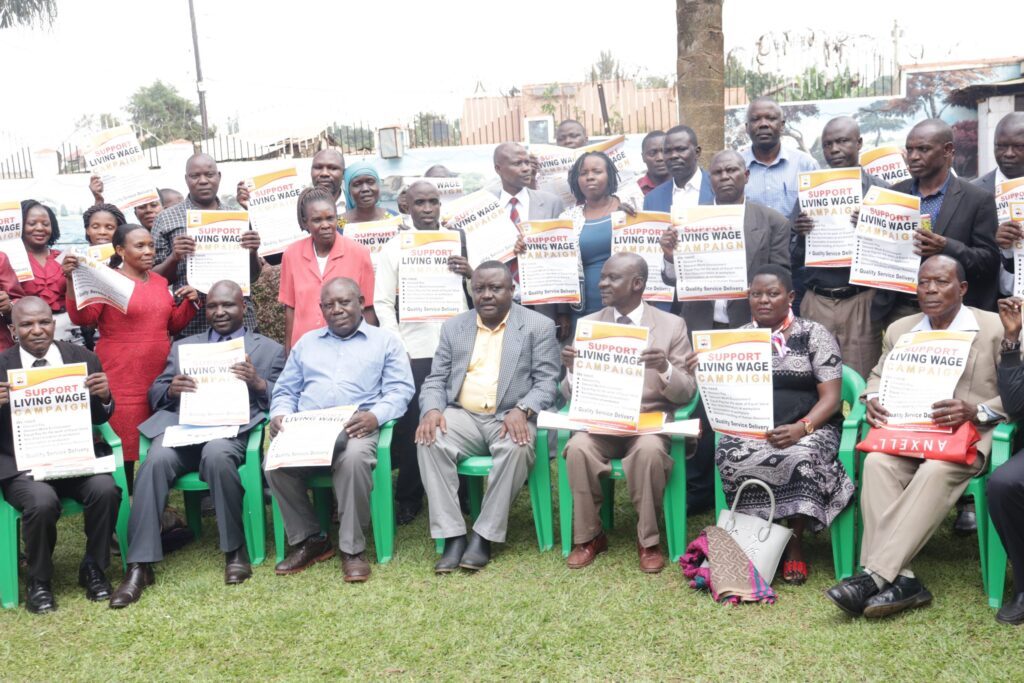 Through their umbrella body, the Uganda Local Government Workers’ Union ULGWU, the members accused the government of having a discriminatory pay policy in public service.

These have issued an ultimatum, to start industrial action on July 6 if the government fails to increase their salaries in this financial year.

“The union finds this as a maltreatment and discriminatory. It should not be practised by any civilised government,” he said.

The lowest ranking local government worker at the level of U8 gets Shs187,000, while the highest ( U1) earns Shs2.4 million.

The union wants the lowest ranking worker to earn Shs1.7m, while the pay for those at the level of CAOs must be raised to Shs15 million.

However, Mr Muruli Mukasa, the Minister of Public Service, said the increments are impossible this financial year because the budget has already been passed.

He said they can only engage the workers and agree with them to wait until 2023/2024 financial year.

“I am sorry there will be disruptions. However, little can be done now since the budget has been passed,” Mr Mukasa said.

But Mr Lwabayi said they have had a long-standing dispute with the government over the matter, adding that nothing will deter them from demanding what belongs to them.

Mr Lwabayi ruled out negotiations because their efforts to resolve the dispute amicably have been frustrated by the government’s lack of positive cooperation.