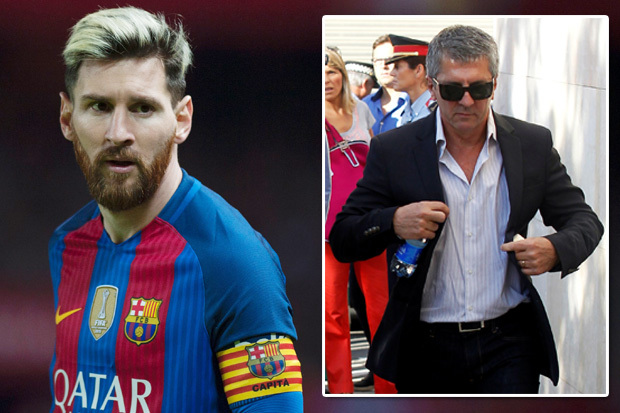 Lionel Messi’s father and Inter Milan are reportedly planning to bring Messi to the San Siro in a sensational deal.

The five-time Ballon d’Or winner, who is rumoured to be frustrated with the Barcelona board, has been at the Catalan club for 20 years now. Joining as a youth player from Newell’s Old Boys, Messi has gone on to become arguably the greatest player of all time.

However, his time might be up at Barcelona with the Argentine reportedly becoming more frustrated at the state of Barcelona’s board.

Of course, they have spent hundreds of millions over flops such as Ousmane Dembele, Philippe Coutinho, and Antoine Griezmann.

And now there is rumour doing the rounds in Italy that Lionel Messi’s father is preparing the Barcelona player for a transfer to Inter after purchasing a home in Milan.

It first emerged on Italian radio stations and publications such as Radio Rai, then Tuttomercatoweb, which found its way onto the front page of La Gazzetta dello Sport.

Messi moving to Inter would also resume the rivalry he has with Cristiano Ronaldo, who is currently at Juventus – a rivalry football has been missing since Ronaldo’s departure from Real Madrid.

However, the reason Jorge Messi is moving to Milan is purely a financial one. He is reportedly hoping to benefit from the large tax breaks that a 2017 law provides for rich foreigners who come to the Peninsula.

Of course, one could argue that the same law would be very beneficial for Lionel Messi if he were to move to Italy too.