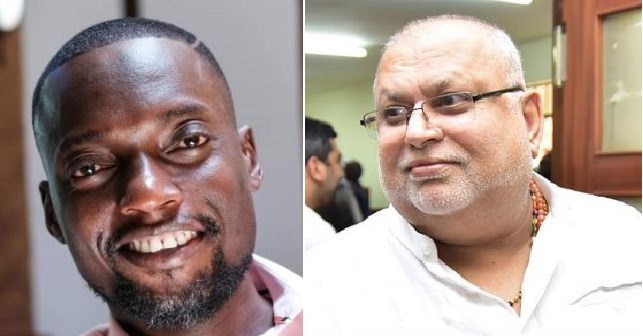 As a child, whenever my dad used to give me less pocket money or cancelled some items off shopping list, I viewed him as unreasonable.

Sometimes he’d pull out a huge bundle of cash and just pull out a little, much less than I wanted and gave me. To me then, he was a stingy guy.

As a parent, I’ve not bought every toy, shoe or fancy things as my kids ask, not necessarily that am unreasonable but because there are decisions I make with due considerations of all circumstances.

This is the situation facing employers and the employees in the immediate aftermath of Covid-19.

Only pragmatism on the part of both parties will keep their relationship lasting.

Let’s take the example of Sanyu FM employees. Sanyu FM, which is part of Ruparelia Group, has got a serious hit on its income, which is now down by 50%. You could say; but the owner is very wealthy, a billionaire who shouldn’t reduce the salaries of employees. Fine, but consider this.

The man’s hotels have been devastated by the Covid-19 lockdown, so is his flower business, his restaurants, gyms, etc.

As a landlord, he can’t collect rent, because the tenants cant pay. If he evicts them he will be deemed unreasonable.

The employment laws have dispute resolution mechanisms. But if in the middle of discussions the employees discontinue the discussions and even abandon doing work, do you expect the man to close the radio station as he finishes the discussions?

What the happens to the advertisers? To the listeners?

It would be different if we are not faced with these situations or this disease . But here we are. We don’t even know when it will subside.

The problem with Ugandans we never seek proper advice from qualified persons.

If they had consulted a good lawyer, they would have known two things; that industrial action is permissible but is subject to certain procedures, which in this case they didn’t follow.

That in fact, the Employment Act anticipates a situation where an employer cannot pay wages and salaries. With that in mind they would have approached this situation reasonably. You are now likely to hear stories of “We Were misled”

There is a very rich man who owned a hotel at Bakuli. Employees started disturbing him day in day out. He went on out of frustration and closed down the hotel. For the last almost 10 years he left it there. People lost jobs but he has continued with his life. He hasn’t lost sleep.

Any entrepreneur would totally understand that. But most of the people complaining here don’t employ even a house girl.

These are desperate times. Like Eneke the would say, since man had learned to shoot without missing, I have learned to fly without perching . I got social media.