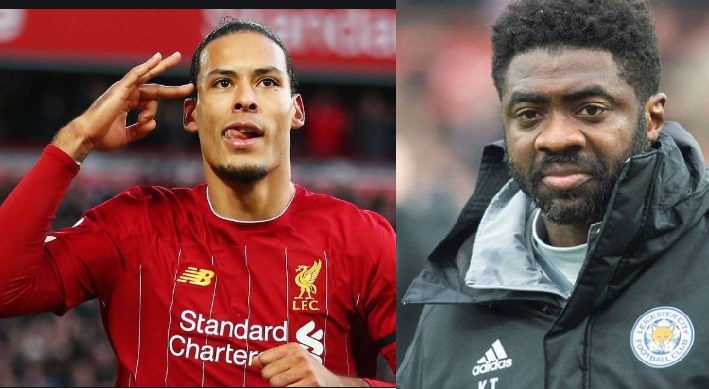 Liverpool defender Virgil van Dijk has been a revelation for the club since joining from Southampton in January 2018 for a fee of $98 million.

Since his signing, The Reds have gone to win the Champions League, the Club World Cup and the English Premier League for the first time in three decades. While many people believe the Dutch international is ‘perfect, Ivorian Kolo Toure thinks otherwise.

“He’s an unbelievable player, he’s a top player, he’s got speed, height, he can jump, he’s got technique, he can switch the game with his long passes, he has got everything,” Toure told Stats Perform News.

“I haven’t seen many players challenge him one on one. In my opinion, that’s his weakness! He’s really tall and if you really attack him with the ball, he can struggle, but he’s so clever.

“He’s so clever because he drops well, but if you are really aggressive, in attack, in a one-on-one, I think you can get something from him.

“He’s a really clever player. He’s got [Joe] Gomez on his side, good players on his side to help him as well. There are good players around him and I think that makes his game easy, but I think he’s got so many qualities.”

Toure was in the Reds team that lost the premier league title to Manchester City by two points in the 2013/14 season. However, winning the league in the concluded season heals the wound as the Ivorian puts it.

“Absolutely, when you play for a team like Liverpool, the fans, the atmosphere is unbelievable, an unbelievable club,” the former Arsenal man continued.

“I had a great time there. I saw players win the Premier League who I’d been playing with. I was happy to see them win.

“They are the best team in the world right now. Jurgen Klopp is doing an amazing job right now. Brendan Rodgers’ signings have been really good as well for him. You can see that he’s taken those players and really pushed them.

“Of course, he’s added top players on top of all of that. This club is one of the best clubs in the world. They really deserve everything, they’re really good guys, honest people working hard, loving the club and that’s great. It’s a great, great club.”