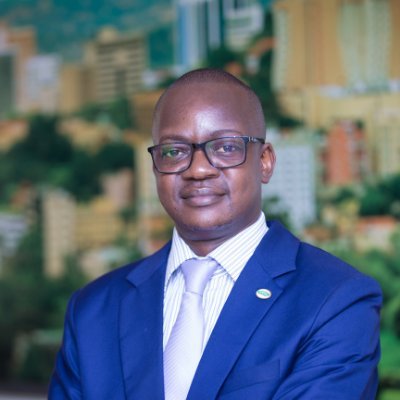 Word coming from our Moles at Kampala Capital City Authority (KCCA) indicates that Peter Kaujju, who was the spokesperson for the Authority, has since thrown in the hotel and crossed over to Umeme, where he landed himself the same position.

Our Moles reveal that Kaujju decided to make an early exit from KCCA after learning that President Yoweri Museveni was about the crack the whip, which meant that chances of his position being affected by the current restructuring at KCCA would be high.

So as sharp dude, our Moles intimates that Kaujju quickly contacted his connections who tipped him off that Umeme was looking a potential candidate to replace Stephen Illungole, who is the outgoing publicist.

Kaujju  quickly jumped on the opportunity and as luck would have it, he managed to scoop the position.

However, his move comes a few days after president Museveni sacked the former KCCA Executive Director Eng. Andrew Kitaka and other directors, and replaced them with new faces.

In the new changes at KCCA Eng. Kitaka is to replaced with city lawyer Dorothy Kisaka.

Museveni also declined to confirm James Sserunkuuma as deputy director and instead nominated Eng David Luyimbazi Ssali for the position.

However, Eng. Kitaka and Sserunkuuma will retain their substantive positions as director of Engineering and technical services and revenue collections respectively.

On the other hand, Dr Daniel Okello Ayen was confirmed as director public health and environment.

Grace Akullo, moving from the ministry of public service, will be the new director human resource and administration replacing Richard Lule.