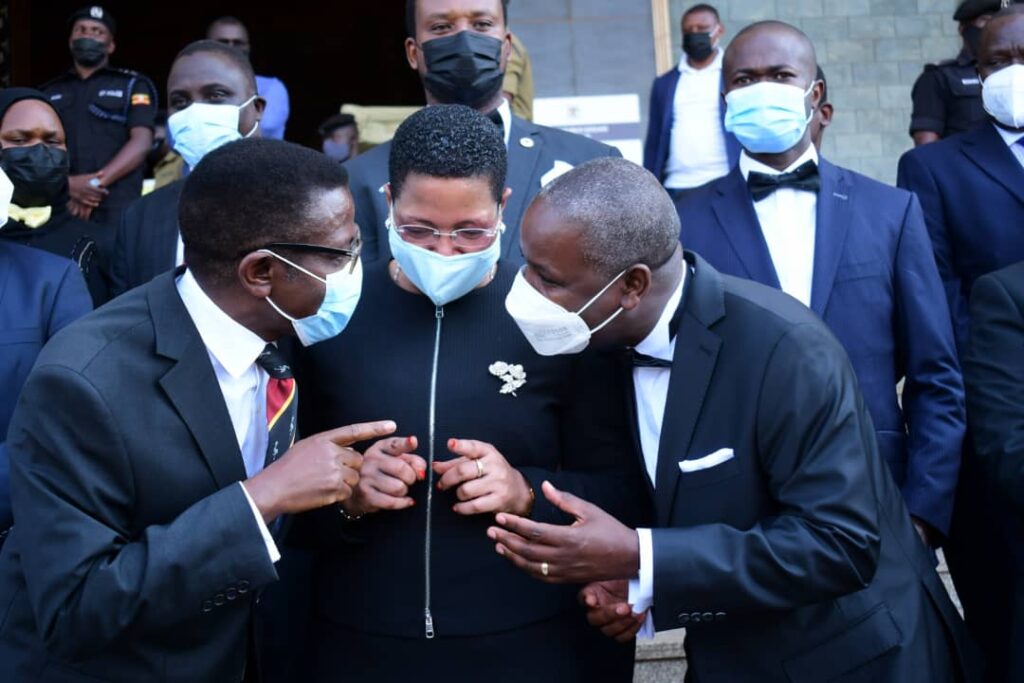 The Katikkiro of Buganda, Charles Peter Mayiga has called upon legislators to prioritize the interests of the common person in memory of the late Speaker, Jacob Oulanyah.
“Parliament has a key role to play in the social and economic transformation of our country. If we prioritize the interest of the common person; how they live, the work they do, the health service they receive, and the opportunities accorded to them as the common good, then we shall have remembered the late Jacob Oulanyah appropriately,” he said.

Mayiga said this while addressing journalists after paying his respects and signing the condolence book in honour of Oulanyah at Parliament on 01 April 2022.

Mayiga said that the process of reconciliation and working together was manifesting itself in the death of Oulanyah.

“Yesterday, we had a long chat with the Chief Justice and what could have looked like a dark cloud could actually be a lesson to many of us in leadership. When we disagree, we meet and talk about it; that’s how we build the country,” Mayiga said.

Katikkiro added that Oulanyah was an impactful leader. “He rose from being an MP to the Speaker of Parliament. It is no mean fit and one can even say that he was even impactful in death by the outpouring messages of grief,” he said.

The Speaker of Parliament, Anita Among pledged to support the common man and see to it that issues of Buganda land and rent are resolved amicably.

“ In memory of the late Jacob Oulanyah, we pledge as Parliament, that we shall work for the common person and everybody,” she said.

The Katikkiro was accompanied by members of Buganda Lukiiko who included the Deputy Speaker, Owek. Ahmed Lwasa, the Minister of Lands and Agriculture, Hajjati Mariam Nkalubo Mayanja and the Minister for Heritage and Tourism, Owek. David Kyewalabye Male.