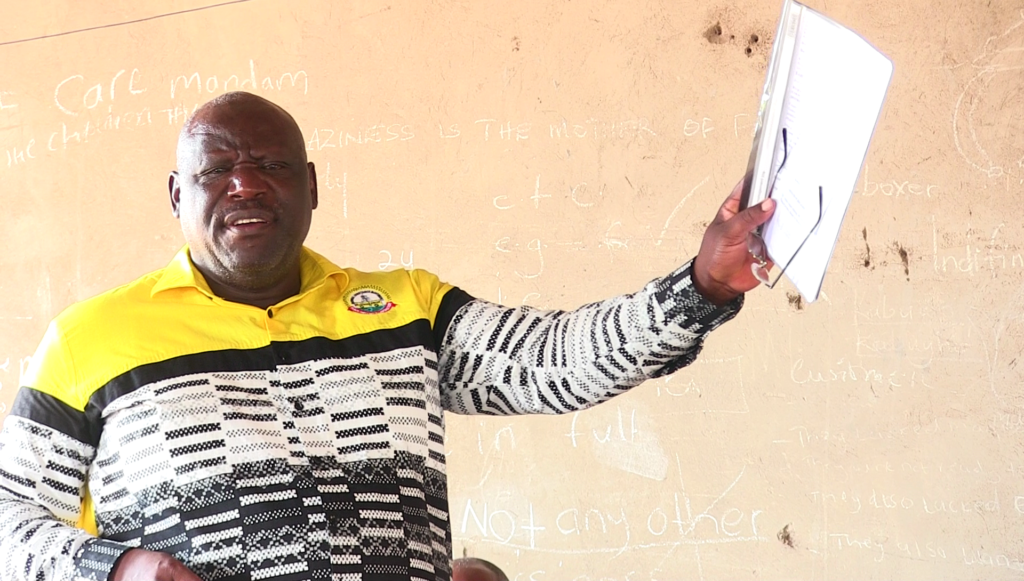 As NRM leaders in Kasese prepare for the re-election of their Busongora South MP, They have lashed out at the President for failing to fulfill his promises to solve their problems and have called on NRM Information Officer Emanuel Dombo to explain why the NRM does not fulfill its promises.
The unsatisfied members who included councilors, sub county chairpersons were meeting at the NRM headquarters in Kasese amidst discussions on how to win the Busongora South seat which was canceled by the court due to election irregularities by the Electro commission.
“The Ruling NRM government has totally refused to implement its promises in Kasese district, but whenever it’s time for election they come and kneel with empty presidential promises “Said the councilors.
The leaders said it was unfair for the NRM to keep its promises and not fulfill them which has led to the party’s decline in popularity. They cited the government’s refusal to compensate families of people killed and crops damaged by wild animals, ‘refusal to resolve the land issue by paying the absent landlords and many are leaving fear of being evicted.
They also said that where there is discrimination in service delivery and based on tribe as people living in the mountains benefit more than those in the hills, and Busongora south does not even have a hospital at the level of health center 3
“The low land people have not benefited from this government at all because they belong to the certain minority ethnic group and this group votes NRM 99% but the ethnic groups in the mountains are benefiting and government is looking” councilors complained
In response, Dombo told them that for these things to happen they have to send an NRM MP to convey their voice so that they can get better services. And so he read them with documents confirming that their issues have already reached the authorities and will be dealt with immediately.
“I beg you please vote for our flag bearer. The rest will be sorted, and the concerned people have already received the concerns, it will be weird to send an opposition candidate to parliament who will not be able to lobby the government but will be opposing every development in the area” Dombo retaliated.