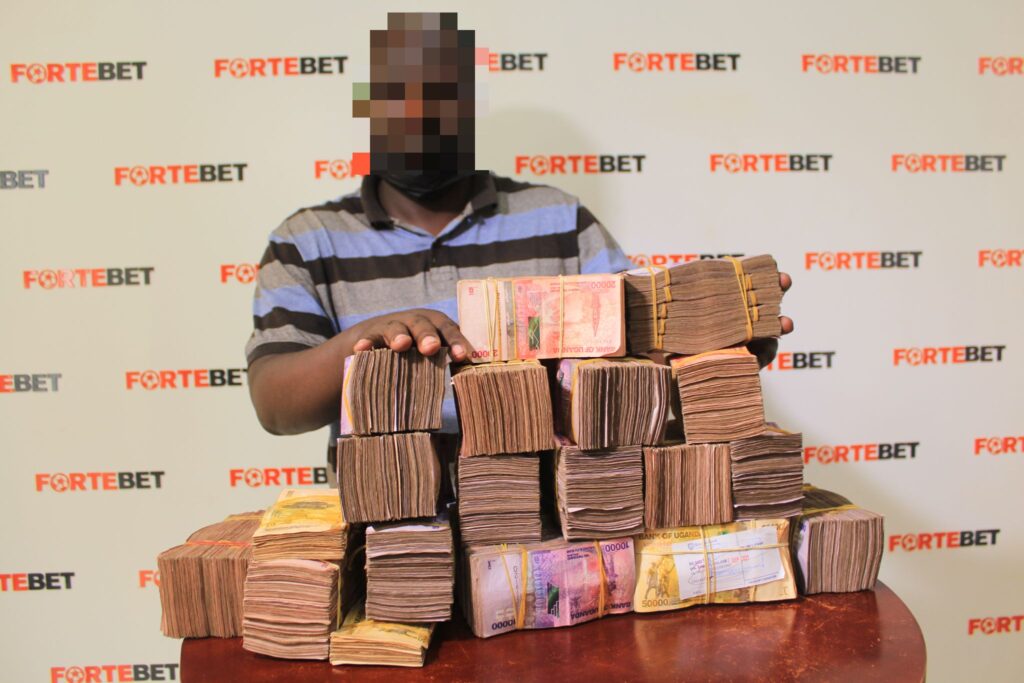 Even without Manchester United, Manchester City, Real Madrid, PSG and Juventus among others on his ticket, our winner of the week walks like a real boss after smashing 201 million.
For whatever the reason was, the winner completely avoided the teams that are most bet-on and instead went for the least bet-on teams. His picks were from Chile Primera Division, England League One and Two, Finland-Ykkonen, International U20 Euro qualifications, Japan J2 League, USA MLS and Poland Division One.
“Those so-called big teams are so good at disappointing. That is why for me I always go for those small-small teams. This has worked for me well,” said the winner, whose identity is concealed.
On his ticket number 3128016062639999, this winner bet his money on 12 matches with betting options of; home wins and over 2.5.
“I already have the land, so I am going to use this money for developing it,” he noted.
The money was handed over to him by Fortebet ambassador, Alex Muhangi at Fortebet head office at Kololo.