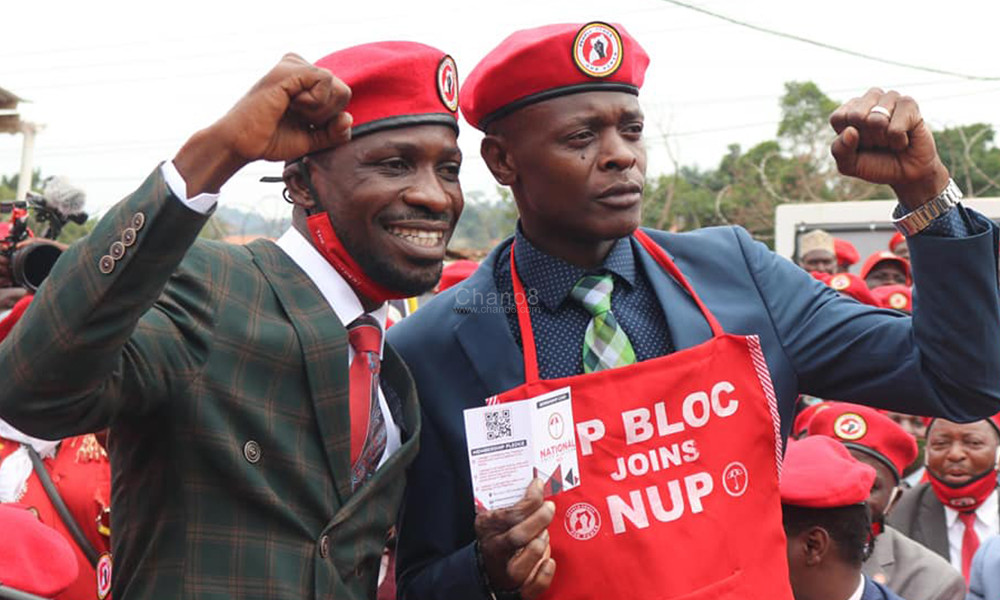 He stood as an independent candidate and lost to Mr Erias Lukwago, self-proclaimed Lion of Kampala.

Mayanja better known for his stage name Chameleon, over the weekend confessed to his friends at a Drink-UP in Kasanga that he voted for President in vengeance having been dust-binned by NUP Electoral Commission last year.

The party which offered the flag on merit recommended that Mr Mayanja was unpopular for the job.

“Bobi Wine (Robert Kyagulanyi) has a bad heart. We have fought together. He knows my potential but I couldn’t imagine when he refused to endorse me for the job,” Chameleon poured out his frustration to fellow musician Eddy Kenzo.

The horse voiced singer threw his friends into thunderous laughter when he revealed that on the ballot paper he only ticked the “a shining bus” which reminded him of his old hit ‘shining like a movie star.’

He wondered why Bobi Wine and his establishment would consider to give double- faced Nabilah Ssempala the flag.

The former Kampala Woman MP was trounced by unbwogable and indefatigable lion of Kampala who won with a landslide.

Chameleon said that may be he was perceived as a potential threat to the Principal which explains why he was flushed out of the party.

Chameleon who sounded tormented told his colleagues that he will now concentrate on what he knows best- Music.