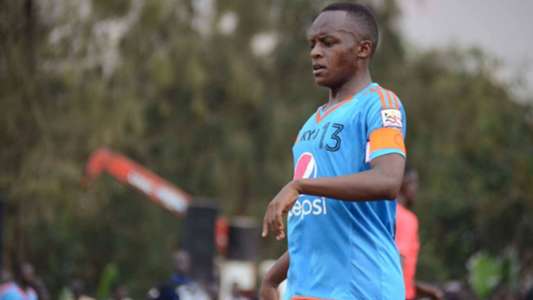 Maroons FC midfielder Racmac Ashaba is determined to be a consistent feature in the team to stand a chance of helping them get back to the Ugandan Premier League (UPL).

The Kampala-based side was relegated after managing 24 points in the 25 games played, with six wins, six draws, and 13 losses. Tooro United and Proline FC were the other teams that went down with the Maroons.

“We shall arguably believe that many people look at us as favourites of the Big League since we are fresh from the top tier league,” Ashaba

“However, this will be a challenge that will call for our commitment. I will work hard to earn playing time so that I lead my team back to the UPL.”

Covid-19 affected everyone and teams and players alike had to change their training routines ahead of the resumption of football in the country.

The 22-year-old also revealed what he has been doing to ensure he keeps fit for the new campaign.

“I have tried to dedicate an hour a day for full-body workouts but I as well get to the gym for muscle strengthening, aerobic and endurance conditions on the treadmill though it all comes with challenges especially knowing you are not going for any competition that retards your mindset,” Ashaba concluded.

The midfielder joined the Maroons in the 2018/19 season from Sports Club Villa’s reserve team. Last season, the youngster started nine out of the 25 league games for his team.

He could, however, do little to help his team survive the axe as the season was cancelled by the Federation of Uganda Football Federations (Fufa), owing to the Covid-19 outbreak.

By that time, all teams had played 80% of the matches and the posted results were used to determine the final ranking.

Vipers SC were crowned as they were leading the proceedings with 54 points, ahead of their predecessors KCCA FC, who had four points fewer.

The Venoms were given the right to represent Uganda in the Caf Champions League while the Kasasiro Boys were handed a Caf Confederation Cup berth.

The Federation has set October as a tentative month for football to return in the country.