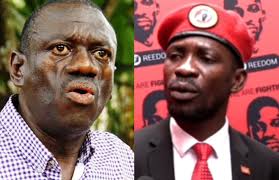 Veteran opposition leader Dr Kizza Besigye has said he is hesitant to remind National Unity Platform (NUP) leader Robert Kyagulanyi aka Bobi Wine that he should have heeded his advice.

Bobi Wine had assured his supporters it was possible to overwhelm incumbent Yoweri Kaguta Tibuhaburwa Museveni and be declared president elect even when Besigye had failed to remove Museveni.

For the first time in two decades, Besigye did not appear on the ballot paper against Museveni.

He insisted he couldn’t imagine a situation where the Electoral Commission (EC) would announce any other presidential candidate winner except Museveni.

But Bobi Wine told his supporters Besigye had never been declared winner because he had never garnered enough votes.

Besigye says he would not quickly remind Bobi Wine of his words.

“I hesitate very much to say ‘I told you so’ because it is like you are rubbing it in someone’s wound,” said Besigye during an NBS morning show.

“Regrettably, we make ourselves blind to the obvious reality, then we go and crash ourselves in the wall, pretending that the wall isn’t there.”

He added: “The wall is there, and you will serve yourself and those following you better if you open your eyes and say, There’s a wall here, let’s not crash into it.

It is now time to pick up the pieces, and we see how the country goes forward. The most important lesson this election can give us is confirmation that we are a captive State. We have no rights as citizens, and have no free institutions of the State.”