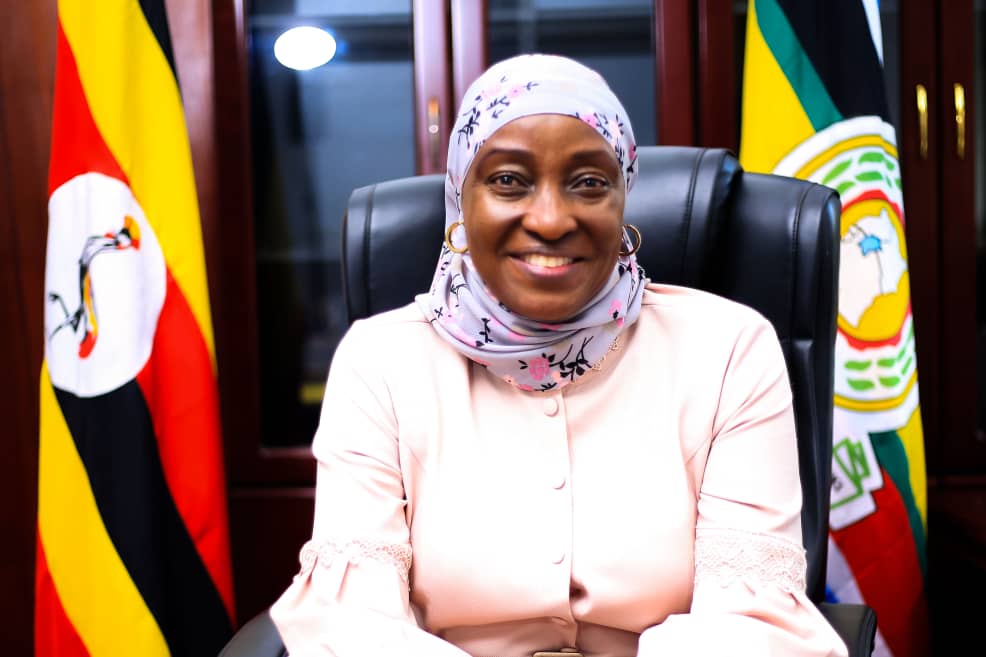 The newly appointed Minister of State for Disability and Elderly Affairs, Hon. Sarah Kanyike has today assumed her office at the Ministry of Gender, Labour and Social Development with a pledge to promote teamwork that will enhance service delivery at the grassroots.

Kanyike, who until recently was the Deputy Lord Mayor at Kampala Capital City Authority, was received at the Ministry by a team of technical officials led by the Acting Permanent Secretary, Mr. James Ebitu, who ran her through a series of welcome rituals.

She was warmly ushered into in her office and handed a string of instruments including an official Ministerial vehicle for the smooth execution of her duties.

Ebitu pledged that the technical team was ready to support her in ensuring that she delivers on the tasks assigned to her by President Yoweri Kaguta Museveni in fulfilment of the social contract that the NRM government has with the People of Uganda.

He noted that the Ministry codenamed the “Ministry of the People” has a wide mandate that covers all demographics of the population including children, youth, workers, employers, older persons, Persons with Disabilities, cultural and traditional institutions.

He however observed that the resources allocated to the Ministry are still incomparable to the mandate.

“One of the challenges is that some stakeholders have not fully appreciated the importance of the mandate especially in regard to being a frontrunner in mobilization and sensitization of the communities for the effective uptake of all Programmes under the various sectors.” Ebitu said, adding: “the low appreciation of the mandate is mostly manifested in the limited resource allocation for the critical activities of the Ministry and the Social Development Sector at large.”

Hon. Sarah Kanyike revealed that her philosophy of public service is to deliver services to the communities and leave a positive legacy through her tenure.

“The differences in political parties and colours come as a by the way but all that the people want is service delivery. And that is exactly what I want us to work together to achieve,” She noted.

She reechoed the importance of the Ministry of Gender, Labour and Social Development due to its wide mandate.

She extended her appreciation to President Museveni for recognizing her contribution at KCCA and assigning her to a new position with new challenges.

The Minister’s office that Kanyike takes over has been vacant for over 5 years with Hon. Sulaiman Kyebakoze Madada having been the last official to hold it.

Among the key Programmes that Hon. Kanyike will oversee include; the Expanding Social Protection under which older persons above 80 years receive a monthly stipend of Shs 25,000, Special Grants for Persons with Disabilities and a host of legal and policy frameworks for the two interest groups.