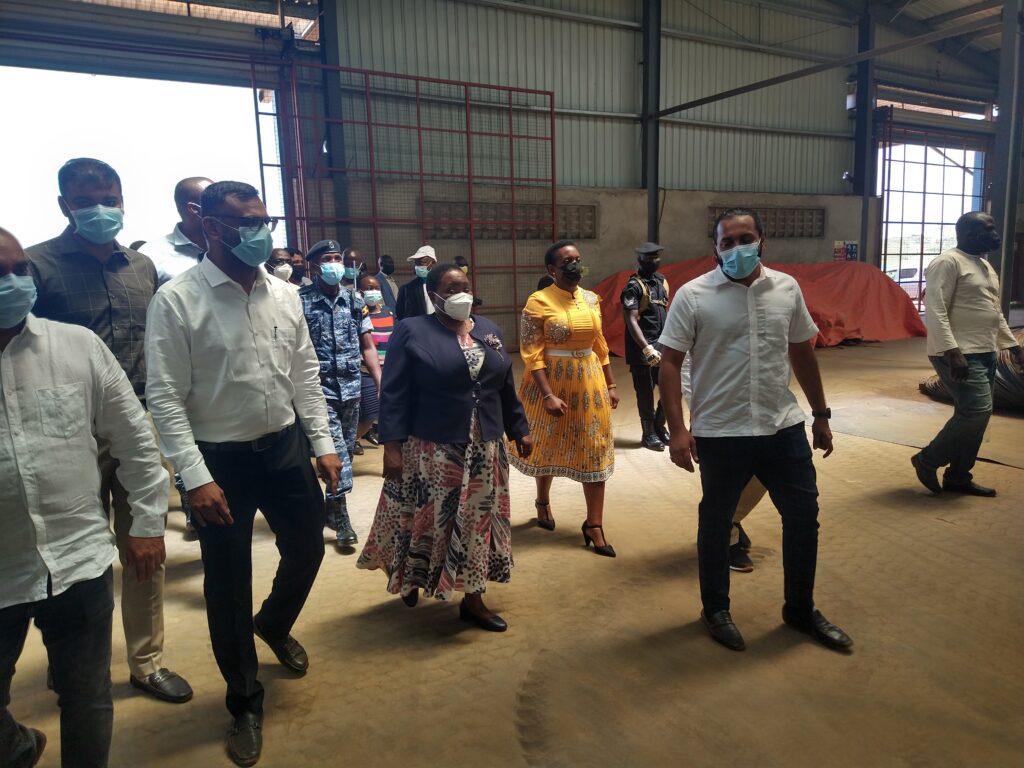 Investors at Mogan Mangalay Patel (MMP) industrial Park at Buwampa Village in Buikwe district have decried the high power tariffs imposed on them and the poor road infrastructure in the area that has slowed down the construction of factories.
The investors were meeting Prime Minister Robinah Nabbanja who was in the area to investigate the progress of the construction of the park.
Prime Minister Robinah Nabbanja first toured various factories in the area to ascertain the progress of the industrial park
Amidst the prime minister’s tour, Bamu Moses the Nyenga sub county chairperson pointed out the challenges the youth undergo when employed in the factories including delayed meager wages and the poor working conditions
Bamu noted this has greatly discouraged the youth from seeking jobs in the established facilities
Francis Baganzi on behalf of Mogan Mangalay Patel said that the industrial park had faced a number of setbacks which slowed progress, especially exorbitant power tariffs. Baganzi noted the complaint of delayed salaries and poor working conditions will be addressed after sorting out the main challenges in the park.
The area legislator Jimmy Lwanga challenged the government to support the landless community with cash from the Land Fund. Lwanga said the community had been evicted from their ancestral lands to pave way for the construction of the industrial park.
“I am very happy with the development however government have address the challenge of the landless people who where evacuated from this public land, I call for the fund in Buikwe district,” Noted Lwanga.
Diana Mutasingwa the State Minister in the office of the Vice president and Buikwe Woman MP urged the local youth to seek employment opportunities in the Park
“I encourage the youth in Buikwe to join these factories as we speak to the investors in that the issue of low wages is addressed,” Mutasingwa said.
Nabbanja assured the investors that the government is to rehabilitate the area’s roads and improve electricity connectivity to reduce the cost of production
“Iam here as a leader of government business not, so as government we are going to ensure that this industrial park get connected directly on the Nalubaale power Dam,” Nabbanja noted.
The park that sits on 1000 acres of public land has so far housed 10 factories