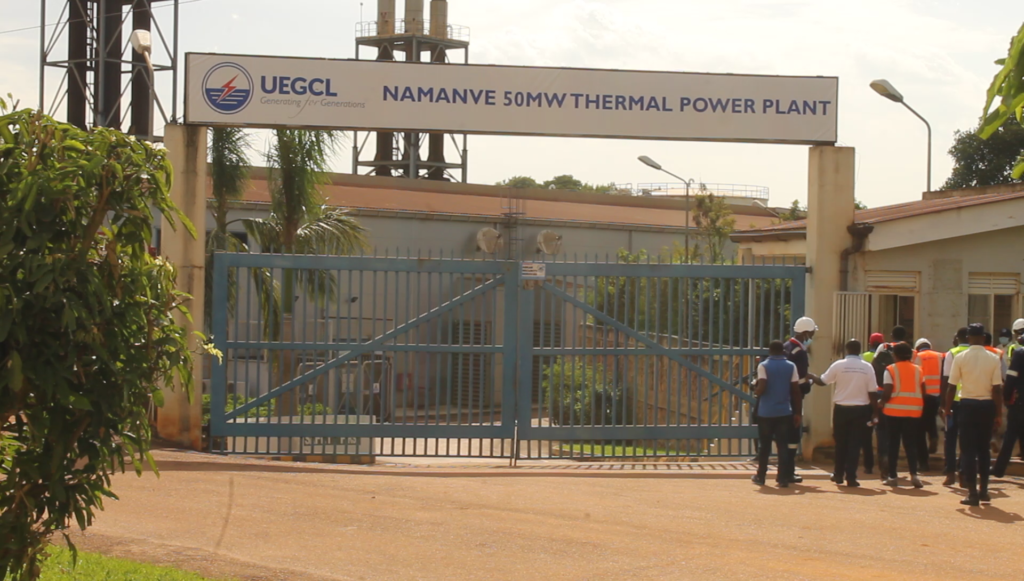 With the global fuel Crisis across the globe, the government of Uganda to start using gas to run the emergency Namanve 50 KW thermal plant to run the electricity generating machines, this was revealed by the UEGCL Board of directors at Namanve Mukono.

The Government of Uganda through its Uganda electricity generation company limited UEGCL, took over officially from the Norwegian firm Jacobsen.

Officials from UEGCL toured the plant to assess the progress of work in the last three months. Namanve thermal power plant is a standby plant in case Nalubaale and Isimba hydro power dams goes off the national greed

Dr. Eng. Harrison Mukitanga, CEO Uganda electricity generation company limited (UEGCL) revealed that with these unstable fuel prices across the globe, the government has plans to modify the current thermal plant from fuel as source of energy to gas which is cheaper and environment friendly.

“This thermal plant is currently being run by fuel which is very expensive, therefore to cut the expenses we have plans with new innovations of gas which are cheap and have low effects on carbon emissions” Engineer Mukitanga said.

Proscovia Njuki, the chairperson board of Directors UEGCL, noted that the board is impressed with the improvement in efficiency in operation of the plant, also there is a reduction in the overhead cost. Njuki noted that there’s a need to improve on the infrastructure development at the thermal plant. “With the local employees in the thermal plant, the government can now save capital export,” said Ms Njuki.