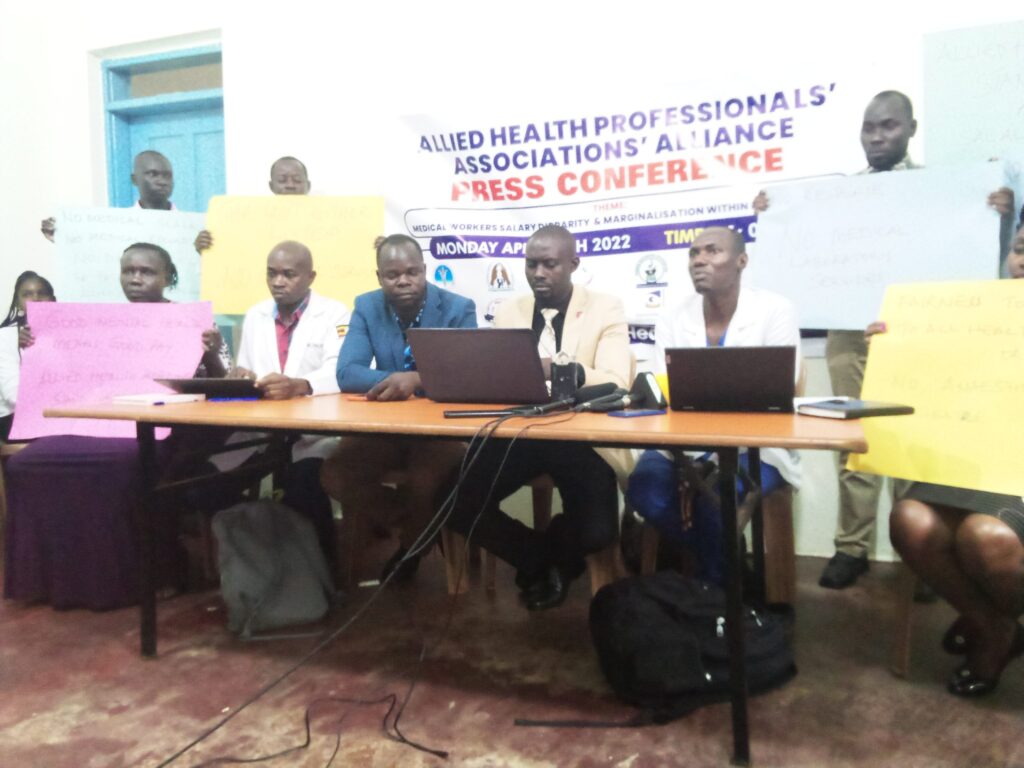 Education ministry is still tussling it out with science teachers to enter the classrooms for which they have been abandoned for two weeks, again it’s the allied health workers working in government facilities who have gone on strike, demanding fulfillment of a pledge for salary increment.

The health workers under their umbrella body Uganda Allied Health Professionals’ Associations,announced their strike after reportedly giving the government an ultimatum of 21 working days to look into their demands.

They say the government promised to better their pay in the 2017/18 financial year following a collective bargaining Agreement between various workers’ Unions.

The agreement provides for Certificate holders to earn Shillings 1.3 million up from the current Shillings 300,000, Diploma holders 3 million while Degree holders want Shillings 4.8 million slightly lower than an entry-level doctor.

The government also resolved to increase those under U4, 3, 2, 1 leaving out those on the salary scale U5 and below where they belong.

Patrick Dennis Alibu, the Chairperson of the Uganda Allied Health Professionals’ Associations who doubles as Secretary-General of the Uganda Medical Laboratory Technology Association, says their 21 days ultimatum has elapsed without response.

Alibu says it is unfair for the government to under look their relevance, yet they contribute 80% to the country’s health workforce.

Alibu’s colleagues including Florence Aleziyo, the president of the psychiatric Clinical Officers Association, says the cost of living has increased and they cannot continue to work under the same arrangement while others get better pay.

Alex Kachwano, the Secretary-General of Clinical Officers, says that the majority of their work is on the preventive side of the health profession, which should be the focus of the government as well.

“We are in primary health care, we deal will prevention, but the government has decided that curative medicine is prioritized more.

The Health Ministry Spokesperson, Emmanuel Ainebyona says they have never received any formal complaint from the alliance.