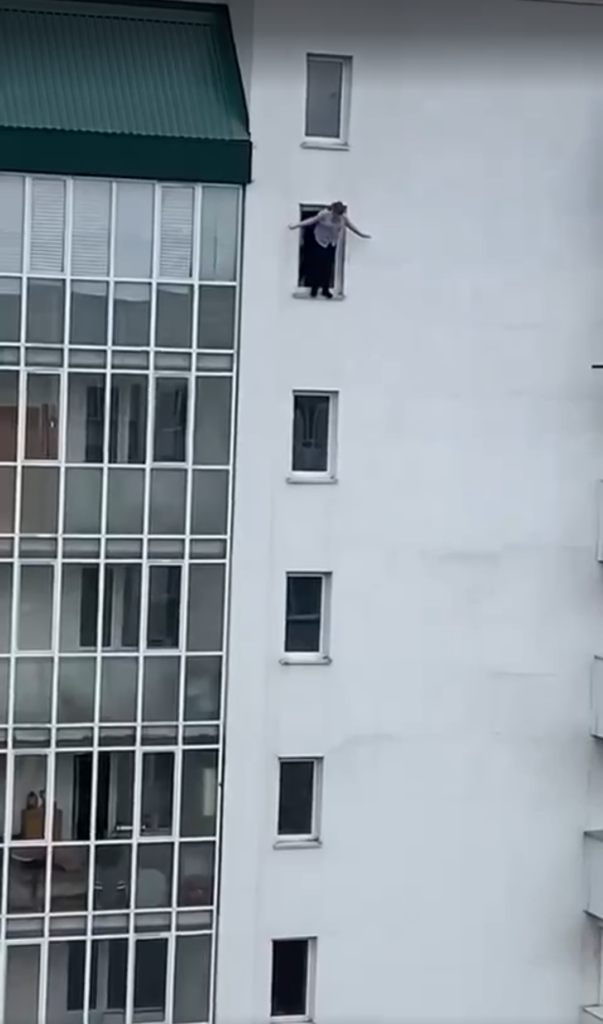 Agnes Igoye, the deputy national coordinator, trafficking in persons department, has confirmed that the person in the video that has since gone viral is Monica Karungi, who comes from the western Uganda Isingiro district.

Karungi, according to a video that was seemingly recorded by her colleagues in the apartment she was living in, jumped from the ninth floor of a 12-storied building and landed on a concrete courtyard near a black parked vehicle.

Igoye has since explained that they are in touch with the ministry of Foreign Affairs to establish circumstances that could have forced Karungi to terminate her life. The repatriation of her body will depend on how fast the investigations are conducted.

It is not yet clear how Karungi went to Dubai since the Internal and Foreign Affairs ministries are yet to establish her travel details. The Uganda Association of External Recruitment Agencies (UAERA) through their spokesperson, Ronnie Mukundane, said they have seen her suicide video but she was not taken by any of their member organisations.

There are already leads that immigration and trafficking in persons departments are following as to be the cause of Karungi’s suicide. It is alleged that Karungi chose to kill herself after learning that her boyfriend in Uganda had misused the money she had been sending him.

“We only hear speculations that her boyfriend in Uganda ‘ate’ her money she’s been sending him and he even married another woman,” a source at one of the labour companies that export people to Dubai said.

Over 150000 Ugandans in Saudi Arabia go self medication in their places of work, they fear that their internal body might be removed as happened to Judith Nakintu.

The report also says that by the end of the year 2021, 175 had mysteriously disappeared. Statistics continued to show that 117 girls were sexually exploited internally while seven were external.