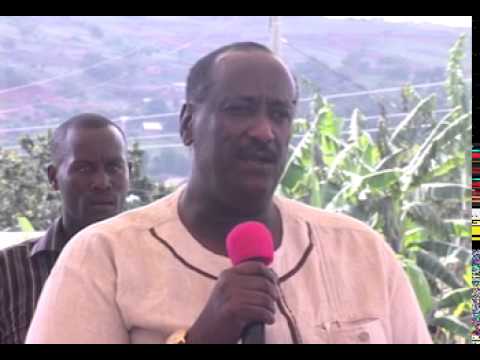 The Coordinator of the Operation Wealth Creation has promised shs60 billion to be injected in various wealth creation and income generating projects for Anglican Church Bishops. The coordinator of Operation Wealth Creation General Salim Saleh has also refuted allegations that he is somehow connected to the demolition of St Peter’s Church in Ndeeba. Saleh said this during a meeting with the Church of Uganda’s house of Bishops who were led by the Archbishop of Uganda Dr. Stephen Kazimba Mugalu. During the meeting that took place at the National Agricultural Research Organisation in Kawanda, the church asked for more financial support from government and help fighting land grabbing. The Chief of Defence Forces in the UPDF who was also in attendance, Gen.David Muhoozi told the Bishops that wealth creation is crucial to the men of God and other Christians as an aspect of security. “As leaders from our different callings, we need to improve our population through activities that create wealth that improves its welfare. Operation Wealth Creation is the vehicle for this mission and is one of our operations other than war,” Gen.Muhoozi said. The CDF explained that as part of the UPDF’s core functions to defend the country to ensure it is safe, engaging in wealth creation is one component of ensuring security and safety. “This hopefully explains our presence in this room talking about wealth creation and not war fighting because every aspect of our lives is connected to security.” The Ministry of Agriculture Permanent Secretary, Pius Wakabi implored the Bishops to use some of the land the church has to carry out agriculture to help them create wealth. “You have a lot of land and we want to partner with you to produce beef for the country because there are a number of abattoirs that don’t have enough animals. This is one area we are going to invest money immediately and Church is our number one focus,”Wakabi. According to Dr.Ambrose Agona, the Director General of the National Agricultural Research Organisation (NARO), government is ready to help the Bishops create wealth for themselves and other Christians. The program will see faith-based leaders as used as models for encouraging the population to create wealth. There will be establishment of demonstration plots in clergy’s homes or church gardens as well as organizing visits by clergy to research institutes and community demonstration farms. The men of God will also be engaged to promote wealth creation activities with church unions, guilds, ministries, home cells and schools owned by the church.