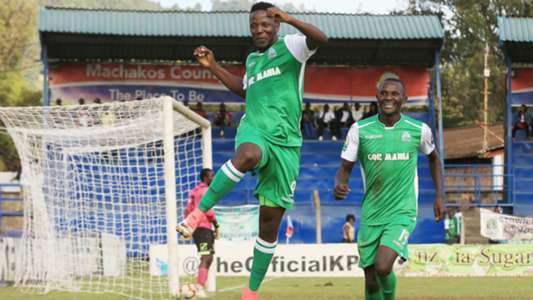 Gor Mahia is in danger of losing striker Juma Balinya to Tanzania Mainland League side Azam FC. The Ugandan was signed by the Kenyan Premier League (KPL) side in January from Yanga SC to replace Ivorian Gnamien Yikpe, who moved in the opposite direction, and Ghanaian Francis Afriyie, who joined Township Rollers of Botswana. Balinya has since struggled to settle at his new team and the Chamazi-based side is giving him a way to get back to Tanzania. Reportedly, the player’s representatives have made contact with the 2014 league winners and proceedings are in an advanced stage. “Yes, we have talked to a number of clubs in these past weeks including Azam,” the player’s agent told our reporter. “I can’t go into details right now, but one thing I can say, he wants to play in Tanzania once again.” While at the Ugandan Premier League in the 2018/19 season, the striker scored 19 goals for Police FC, eventually claiming the Golden Boot. His exploits caught the attention of Yanga who came calling the next season. The 28-year-old accepted to join the 27-time league champions, signing a three-year contract. However, he struggled to replicate his form at the Jangwani Street-based side and K’Ogalo came calling midway through the season. A couple of weeks ago the midfielder had also been linked with a move to South African side Polokwane City and Ethiopian giants Saint George. A source close to the player had initially confirmed Balinya is already negotiating with the South African club and could move after the coronavirus pandemic is contained. “His representatives have been in talks with Polokwane and there could be some movement in the next few weeks,” a source explained. “He loves it in Kenya but a move to South Africa is a step up and a good one for all parties.” Goal understands several Gor Mahia players are not willing to stay at the club in the coming season owing to the financial struggles they are experiencing after title sponsors SportPesa withdrew support. Gor Mahia has already lost their captain Joash Onyango who is on his way to Tanzanian top tier champions Simba SC and Kenneth Muguna who is heading to Petro Atletico of Angola.