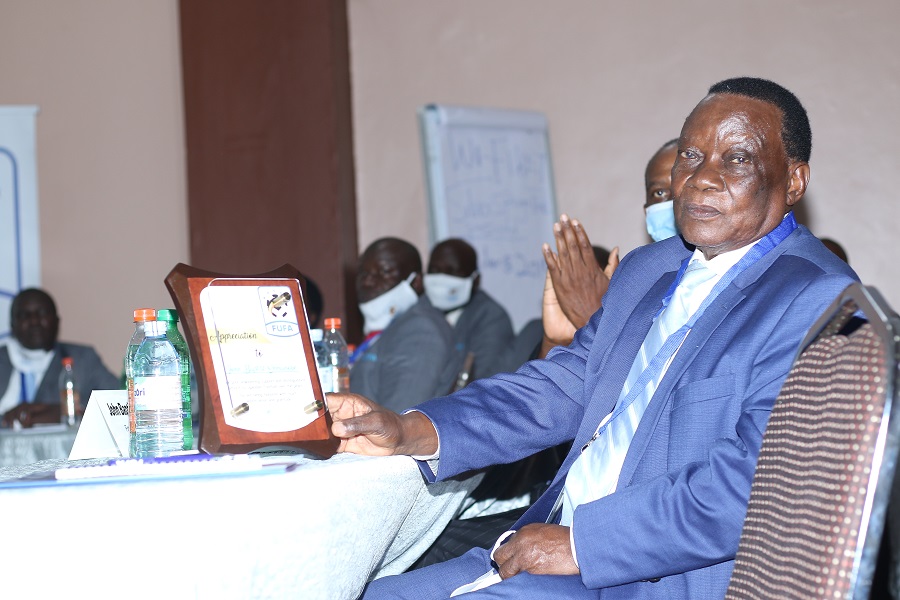 The 96th FUFA Ordinary Assembly that convened at Silver Springs Hotel, Kampala appreciated the diligent servants of the beautiful game.

Like the norm has been over the previous years, the FUFA President Eng. Moses Magogo handled over special plaques and Shs 1,000,000 to the different personalities whose efforts to serve football could not go unnoticed.

‘It is a big honour to recognize special different people who worked tirelessly for the game of football in Uganda. Mr John Baptist Ssemanobe, Mr Katamba Ojuku Eugene and Kabugo Charles Kakunta all had their handsome contribution to the game and we are rewarding them in appreciation’ Eng Moses Magogo stated.

Meanwhile, the assembly passed the budget of Shs. 36, 095,753,881 for the next financial year as well as approval of the activity year plan.

The same assembly approved the appointments of standing committees and the FUFA Electoral Committeee.