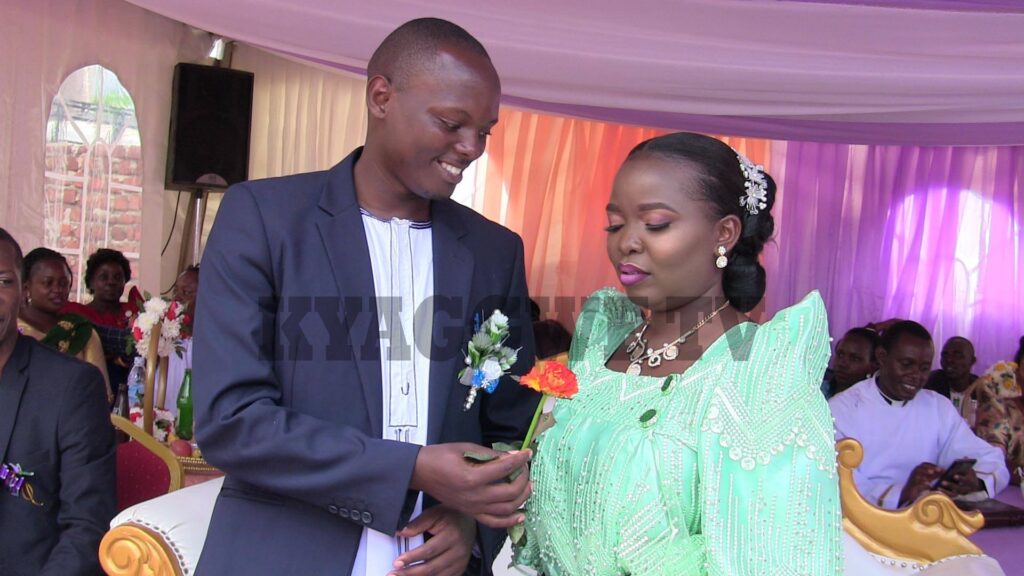 ASP Paul Kangave is now the happiest man on planet earth after being introduced to the parents of his fiancée, Deborah Ayinza Ajiambo. Kangave who was recently a police spokesman for Luweero and Masaka regions has been introduced to the family of Rev. Canon John Ssebudde, the diocesan secretary for Mukono diocese who is the father to Ayinza.

The introduction function took place at Kyabakadde village in Kyampisi sub-county in Mukono district on Saturday. Kangave is currently deployed at the Police headquarters at Naguru-Kampala. The function was graced by the number of religious leaders from Mukono diocese led by the retired bishop of Mukono diocese, Eria Paul Luzinda Kizito. Others were; SSP Zuhura Ganyana from Naguru Police headquarters who led the dignitaries at Kangave’s side.

You can watch more on the u-tube video below.