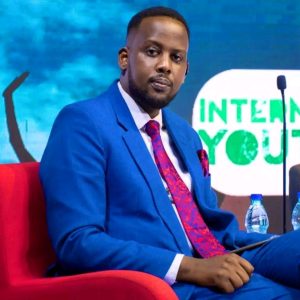 In the crowded race to the East African Legislative Assembly (EALA), fifteen candidates have so far sought the nomination, including former NBS Television political journalist Julius Bukyana.
Among the nominees also includes former MPs Jacquiline Amongin and Veronica Kadogo.
With nominations set to close today, September 20, 2022, the number is expected to rise, particularly because major political parties represented in the House have yet to register their candidates.
Mohamed Kateregga, the secretary general of the Justice Forum (JEEMA), was the only political party-sponsored candidate among the pack of 15.
Salaama Nakitende, Gilbert Agaba, Ambrose Murangira, Allan Muyima, Ronex Tendo Kisembo, Lauben Bwengye, Patience Naamara Tumwesigye, Stella Kiryowa, Dr. Daniel Kapyata, and Daniel Muwonge are among the additional contenders.
After the contestants have been evaluated for suitability and qualification in accordance with Rule 12 of the Rules of Procedure of Parliament, the Speaker will announce to the House on September 21, 2022, the names of the successful candidates.
These names will also be gazetted and published in print media in accordance with Appendix B of the Rules of Procedure.
Voting will take place on the same day as campaign, which is scheduled for Thursday, September 29, 2022.
President Yoweri Museveni, who is also the chairperson of the ruling National Resistance Movement (NRM), stated last week that the party will retain its current six representatives.
A non-refundable nomination fee of Shs 3 million is paid by candidates.