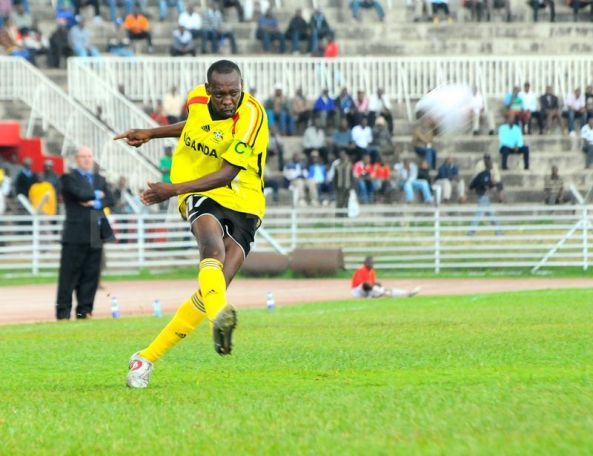 The former defender has been brought on board in order to help the team push for another Ugandan Premier League title something he helped the club win in the 2010/11 season.

“East or West, home is best. The thirst and excitement from the URA technical team and administration to have the old guard in [Simeon] Masaba back at the club is unquenchable,” URA said.

“The 37-year-old club legend joins us in the technical area as part of the elusive team that plays an assistant role to the magnificent Sam Ssimbwa. He and the other assistant coaches will form the heartbeat of our technical team.”

Masaba has highlighted his own ambitions at the club as he hopes to see success in the new club position.

“I feel proud, I feel great and I am excited to be home again. But still, I have to prove my worth as a coach now which I did as a player. It’s a new challenge,” the retired star said.

“The target is to win everything with this beautiful club and I hope my experience will help in guiding the team and help the players with their discipline because representing URA is always a pleasure.

“When I was away practising my coaching in other clubs, I was always in talks with Ssimbwa and some administrators of the URA board and they had promised me that I will be back at the club any time and here I am.

“I have to show my ability as a coach and help the players deliver and play well. I achieved as a player but now I have to achieve in another way as a coach.”

Masaba joined the Tax Collectors in 2010, wore the armband for four years and his record is second best to Kazibwe Junior who served the club for seven years as a captain.

“As the leader of our defence during his playing days, Simeon led by inspiration and strong adrenaline. He helped his counterparts during the games with his leadership skills,” the club’s statement added.

“The core reason has to definitely be the winning mentality. He is a winner as earlier highlighted and that is something the current crop of players at the club requires,” URA concluded.

“For a person with his kind of exposure and experience has a lot to offer the club going forward and joining our technical team is a massive addition and an inspiration to all.”

The appointment is part of URA’s to strengthen and mount a successful challenge in the 2020/21 season which is expected to begin in November.