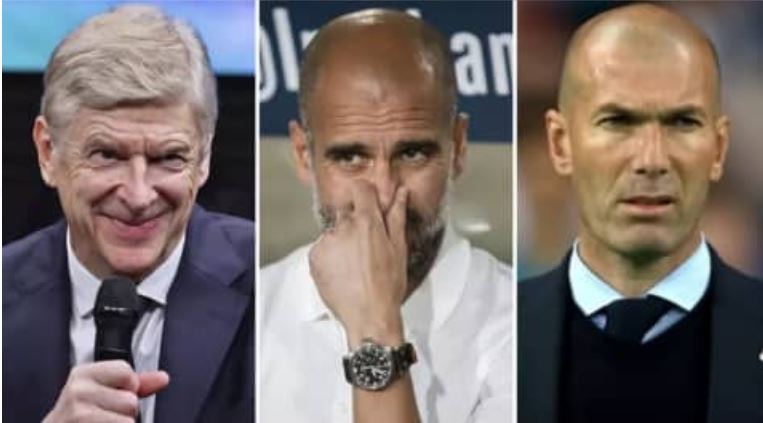 Barcelona have edged Real Madrid into second place on a fan poll to select the best football club in the world, with Manchester United coming in at third place.

Most confusingly, Liverpool are at just eighth spot in the voting, despite being European champions (until August, anyway) and having won this season’s Premier League by a vast margin. Clearly there’s a lot to unpack here.

There’s certainly some debate over what “best” can mean. Your first thought is a team’s current glory on the pitch, but there’s also things like history, fanbase, stadium, profile, etc some people consider in forming an overall picture.

Plus a lot of fans just mesh together “biggest” and “best” which might explain Manchester United’s lofty position above Manchester City (10th), despite the Red Devils’ on-pitch struggles since Sir Alex Ferguson’s retirement in 2013.

Forbes rank Real Madrid ($4.2 billion) and Barcelona ($4 billion) as the most valuable clubs on the planet, for example, with Man United third. So the list has some accuracy in that sense, although it’s Barca – possibly boosted by Lionel Messi’s popularity – who beat Real in this vote.

But the presence of Arsenal – London’s biggest club traditionally but having had a run of terrible seasons – in sixth spot is baffling, as it places the Gunners above Juventus, Man City, PSG and of course Liverpool.

Perhaps some football lovers at TheTopTens are just voting for their favourite club, irrespective of their current quality.

In which case, it’s good news for the likes of Arsenal and AC Milan – the struggling European giants who make the top 10 despite their recent woes. Clearly both retain their global popularity.

Overall, the Premier League – widely hailed as the world’s most watched league – has the most clubs present with seven in the top 25. Though, with respect to Roy Hodgson’s Eagles, we’re not quite sure how on earth Crystal Palace are two places above Tottenham.

The top 25 are below or you can see the full list – and vote yourself – at TheTop10s.