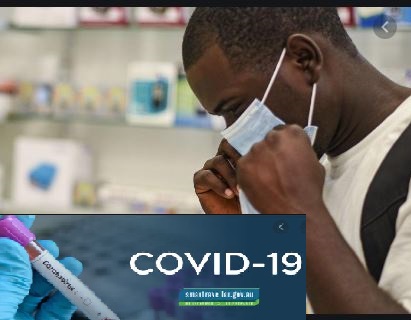 The Democratic Republic of Congo is one of the African countries that have been hit hard by the deadly Coronavirus pandemic, with 23 deaths recorded so far and several other confirmed cases of infection.

Authorities in Kinshasa reveal that Twenty three (23) COVID-19  cases have been recorded so far,  and countless others have verbally and locally reported in DRC’s Beni (Eastern DRC), which is two hours away from Mpondwe Border, Kasese, Western Uganda, which is raising fear among Ugandans.

However, according to local authorities in Kasese district, a one Saturday Musolho, who is a staunch National Resistance Movement (NRM) mobiliser, continues to take cattle for sale into Beni escorted by two Police pick-ups full of armed Police personnel.

Questioned why he continues to operate against the President’s directive of closing cross-border cattle trade,  Saturday Bukonzo (an armed civilian who is guarded by Uganda police) arrogantly tells off Kasese residents that he has Full Clearance from the entire district security system, particularly the Kasese RDC Joel Walusimbi (his Co-Director in cattle trade), the  Rwenzori East RPC  Samuel Asiimwe, the DPC Bwera Police Division Sadat Sabila and the OC Bwera Police Division Mr. Joseph Ayesiga.

Will it therefore shock anyone when COVID-1919 mercilessly invades Uganda through the Mpondwe Uganda-DRC Border under the guise of NRM Mobilization and local primitive politics?

Why would people (RDC, RPC, DPC and OC) who by law are supposed to enforce the President’s clear directives be the very ones at the forefront of putting the lives of Kasese residents and other Ugandan citizens at a high risk of contracting COVID-19 thorough  participating and directly rooting this illegal and criminal cattle border trade yet it was banned by President Tower Museveni.