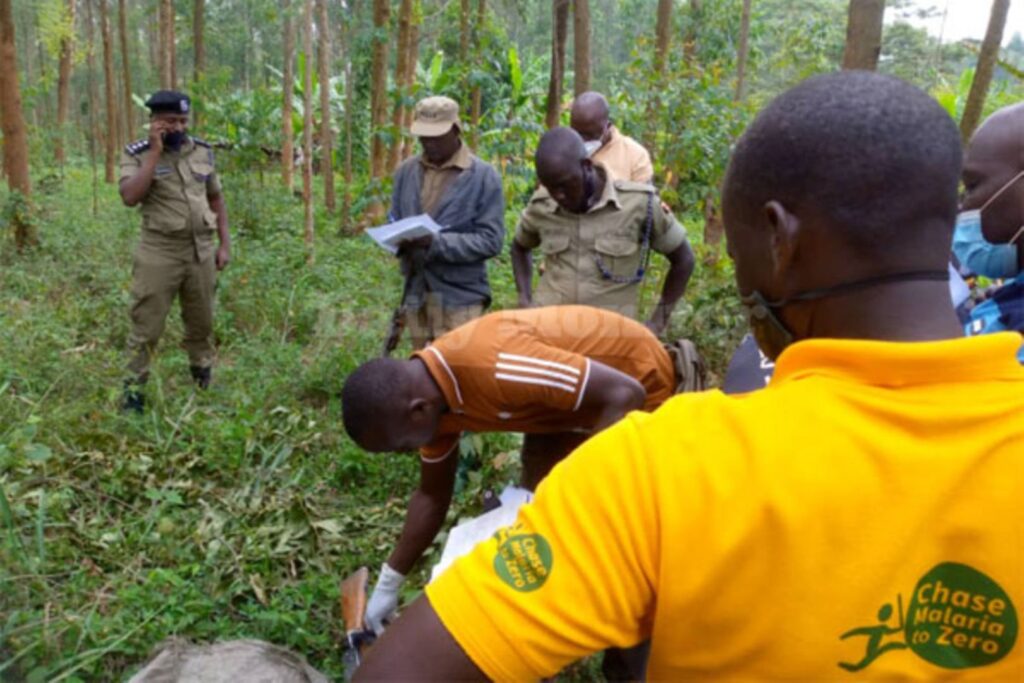 Residents in Masaka district are living in fear after a well-known volunteer security officer identified as Bashir Matovu was hacked to death near his home.
Matovu, a resident of Bisanje West village in Kimanya Kabonera division, Masaka City had left his home at about 6:30pm when he was attacked by machete welding assailants.
He was then found dead, lying in a pool of blood, hours later.
The deceased’s wife Maria Nalusiba said that she had not seen him since about 6pm that evening nor heard back from him.
Matovu was well known around the village for volunteering to patrol the locality and daunt criminals from attacking the residents.
He had taken it upon himself to encourage his fellow villagers to paddock their animals in one place where he would keep watch with others after there had been an increase in animal theft.
Bisanje West village defence secretary George Luwukya revealed that Matovu had been receiving threats for this initiative from suspected criminals.
The LC 1 chairperson Joseph Kizito also believes that it was Matovu’s dedication to deter goat thieves that may have costed him his life.
Police confirmed the attacks and Greater Masaka Police Spokesperson Twaha Kasirye said one person has been arrested.
The attacks have resurrected frightful memories of the 2021 “bijambiya (machete) attacks” that left 32 people dead in various areas of Masaka sub-region.
Meanwhile Vincent Kiwanuka, a local councillor, blamed the attacks on the freeing of suspected criminals without prosecution. He added pessimistically, I am sure even this suspect won’t spend a week behind bars.”