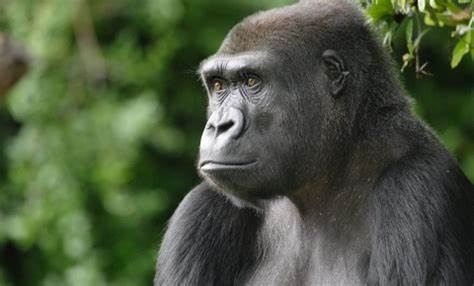 A Ugandan silverback gorilla called Rafiki is one of countless animals that has fallen victim to poachers as the effects of coronavirus hit the east African country.

At the start of June this year wildlife rangers noticed that Rafiki had disappeared. After a search they found his body.

Rafiki had been killed by a poacher who claimed the animal charged at him and the killing was an act of self-defence. The poacher was sentenced to 11 years in jail.

Dr. Gladys Kalema-Zikusoka, a veterinarian and CEO of the NGO, Conservation Through Public Health, is Uganda’s leading expert on gorillas. She knows every ape at the reserve. She believes Rafiki did not attack.

“We think that when this poacher came and found Rafiki, he may have got scared, because he’s never been that close to a gorilla. And for Rafiki, he doesn’t know the difference between a good person and a bad person. And so this person speared Rafiki out of fear. I really don’t think that Rafiki attacked him although he says that he was attacked,” she says.

POACHING IS ON THE INCREASE

Like many hospitality activities around the world, wildlife tourism in Uganda has ground to a halt due to the COVID-19 pandemic.

Dr. Kalema-Zikusoka says that since lockdown gripped Uganda, many people living around the parks have started entering and poaching animals to put food on the table.

“In other national parks the Wildlife Authority has reported that poaching has doubled and in Bwindi (Impenetrable National Park) it has also gone up,” she says.

Stretching 321 square kilometres, the Bwindi Impenetrable Forest National Park, a UNESCO World Heritage Site, is home to nearly half of the world’s mountain gorillas. Tourists from around the globe come here hoping to catch a glimpse of these apes, listed as Critically Endangered on the IUCN Red List of Threatened Species.

Gorilla-related tourism is very popular across Uganda. According to the Ugandan Wildlife Authority, in the 2018/19 fiscal year more than 40,000 permits were issued, a 40 percent increase on the year before.

Gorilla sales revenue in that period was more than $25.5 million – income that has disappeared since the pandemic hit the country and tourists stopped coming.

A survey carried out by the Ugandan Tourism Board on the impact on tourism shows devastating results.

“One of the biggest impacts is on employment. So, we have had the report indicating that over 500.000 jobs have been lost by July 2020 and these are direct employments to the tourism sector,” says Lillian Ajarova, Chief Executive Officer of the Uganda Tourism Board.

These numbers do not include the people who sell crafts to tourists, work as porters, sell fruit and vegetables to hotels or are in the entertainment business, all sectors which indirectly benefit from tourism.

“We also have the local community developments that purely depend on tourism destinations. It’s part of their day to day livelihood so we are talking millions of lives being impacted on by the loss of jobs,” says Ajarova.

On the streets of Kampala, most doors of travel agencies are shut. Those that are open have no clients walking in and are mainly dealing with information about departures or repatriation flights.

The Ugandan borders are closed. No new bookings are being made. All fear the future.

“From the bookings that had already been made this year the report indicates we have 97 percent cancellation,” says Ajarova.

There is hope, however, that the airport will reopen before Christmas which is peak season for tour operators in Uganda.

Until foreigners can come into the country, only local tourists and foreign residents remain.

Prior to the pandemic, Ugandans had been traveling more than in past years, but with incomes depleted in 2020, not many can afford that luxury. Ajarova hopes that special deals will persuade people in Uganda to travel within their own borders.

“To this point the National Parks are open, the hotels are now open, the different recreational facilities are now open and Ugandans and the residents are getting to travel out and we are trying to promote this travel in partnership with the private sector,” she says.

There is hope. Hopes that the airport will reopen before Christmas which is peak season for tour operators.

Until then, Uganda’s country’s wildlife will be waiting when the tourists finally return.