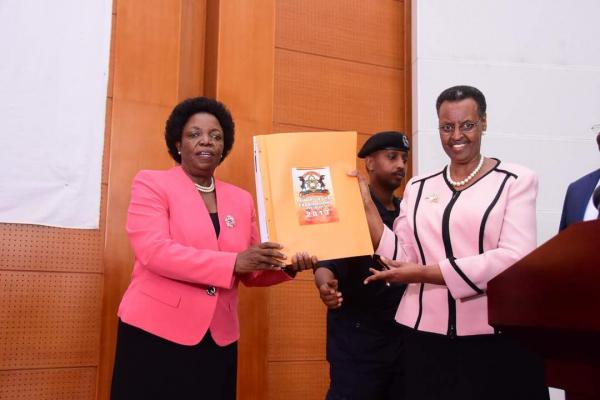 As students in candidate classes reported to their respective schools for the final term yesterday, Education ministry has recommended the reopening of all the remaining classes.bit.ly/bettingoffersug

However, the decision is waiting for final approval by their Ministry of Health counterparts.

Sources close to the Ministry of Education top management, who declined to be quoted, told this news website that while they had proposed to have semi-candidate classes join the candidate classes this term in the second-phased reopening, the technical team realized this would disrupt the learning system.bit.ly/bettingoffersug

They then agreed that all learners report back to school to enable them have easy transition to the next classes.

However, implementation of this decision will depend on what the national Covid-19 taskforce will agree on.

“There were several meetings which were supposed to take place but didn’t. After elections, we are going to meet and decide which classes and when they can go. We had agreed that we allow only sub-candidate classes but we found out that it is going to clog the system.

“We said let’s go for all of them including Senior One and Twos. But there are several meetings that will take place before the permanent secretary makes a position,” the source said.

Mr Ismail Mulindwa, the ministry of Education director for basic education, yesterday said they were still discussing with the scientists about the return of learners.

“We have not yet decided when others will join. It might be this month or the next. We are still in discussions with the Ministry of Health to be properly guided. Remember we are adding on students. We are not adding on infrastructure. We need guidance on how to reopen for the rest of the learners…” Mr Mulindwa said.

He said parents will know the final decision next week.

Schools were closed on March 20 last year following the outbreak of Coronavirus. Several measures were then instituted including the lockdown to control further spread. But in June, government started easing the lockdown, later allowing candidate classes to report only if their institutions could implement a two-metre social distance between learners, among other standard operating procedures.

The Ministry of Health maintains social distance, wearing a mask and washing hands regularly to avoid contracting the virus as scientists race to find its cure and vaccine.