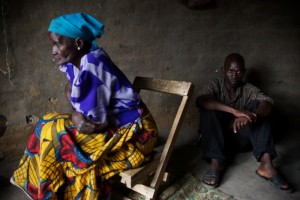 The number of refugees killed in a clash with locals in northwestern Uganda has reached eight, a police statement said here on Sunday.

According to the statement issued here two more South Sudan refugees died in the Friday incident that happened at Rhino Refugee Settlement in Madi Okollo district.

“One more body of a refugee by the names Abraham Angeth Micheal, male adult, 23 years was recovered very far in the bush. Meanwhile, one Amat Garang, 15 years, who was injured and admitted to Olujobo health center, Madi Okollo district died today (Sunday),” the police added.

The clash started when a local was allegedly assaulted by the refugees.

“It is alleged that on Sept. 11 at about 17:30 local time, one Ajute Rahman Yassin was looking after cattle near the resettlement camp and that he was assaulted by refugee youths,” the Police said.

As the injured national was being taken to a nearby health facility, one person informed motorcycle taxi operators near the camp about the incident.

“The scene was visited by Regional Police Commander and a team of detectives,” the police noted, adding that the bodies had been taken to the mortuary.

“We have made a combined deployment of police supported by military in the area. The manhunt for other suspects is ongoing as investigations continue,” the Police said.

Clashes between Ugandan nationals and refugees, mainly of South Sudanese origin are common in the east African nation which hosts about 1.4 million refugees.

In December last year, four people were killed and 16 others injured following a clash between South Sudan refugees and the local community in Uganda’s northwestern district of Adjumani.

In July, three South Sudan refugees in Uganda were killed, six injured and hundreds displaced after tribal clashes erupted in Palorinya refugee settlement, in the northwestern district of Obongi.