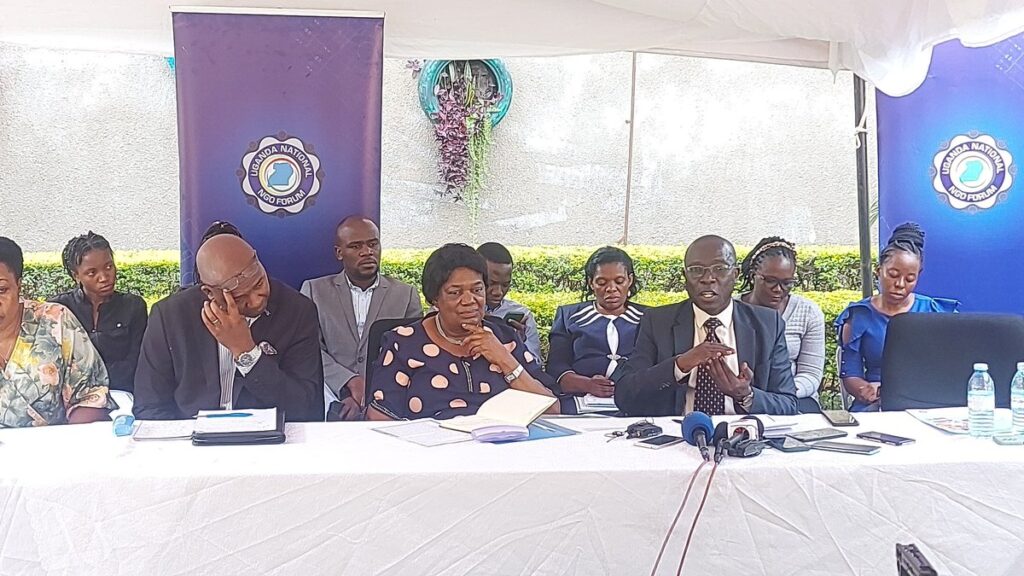 Civil Society Organisations (CSO) have expressed concern over the country’s ever increasing public debt which has currently reached Shs. 80 trillion.
While speaking to journalists, the CSOs including Center for Constitutional Governance, Human Rights Center Uganda, Alliance for Finance Monitoring and the Uganda National NGO Forum said it is high time government put in place measures to curb the spiraling of the debt or else the country is destined for the worst.
“We are concerned about the growing public debt which is currently standing at 50.3 % of GDP. Unfortunately, most of the borrowed funds are lost through multiple public sector leakages,” Margret Sekaggya, the chairperson of the Uganda National NGO Forum said.
At 50.3%, Uganda’s public debt to GDP ratio has already breached the internationally accepted ceiling of 50%.
A number of people have expressed concern over the country’s soaring public debt as the country is slowly sliding into a difficult situation stemming from the highly accumulated debt.
One of the signs of the public debt weighing heavy on the country has been more pronounced in recent months with salaries for many public servants delaying.
Government has in the past assured the country that the situation is under control.
The CSOs said that while borrowing might be inevitable, parliament ought to approve only borrowing to fund projects with a high economic and fiscal return.
“Government should clear domestic arrears as a means of supporting the economy and reducing the cost of doing business.”
The civil society organisations also took cognizance of the worsening economic conditions that they said are characterized by food insecurity , high cost of living and increased prices for consumer goods and fuel which has created discomfort for citizens.
“With the high cost of credit and joblessness, most Ugandans are left living on the edge unable to afford a decent living and support their children’s education,” Mrs Sekaggya said.
The chairperson of the Uganda National NGO Forum urged government to develop mechanisms that will ensure the country returns to a low risk of debt distress and address the misuse of public funds.
“Rigorous transparency and accountability measures should be put in place to ensure that the borrowed funds are used for their intended purpose.”